All matters to do with gaming, painting and uniform information
Post Reply
95 posts

I am still buggering on with my French army of 1680 but, since I have been attending Barry's wargaming weekends I thought that it was time that I got off my arse and built a French division for the Napoleonic Wars.

I have chosen to go with a white uniformed bicorned division of around 1806 - just to be different and this thread will show the progress of this venture.

So, first up, my command stand for the First Battalion, 33rd Line:

That's a nice start you have made to your French Jim, it will be a pity to mess up all those pretty white uniforms with French blood.

Nice painting style, hope to get one day at least your style

btw do you dip or brush on the Army painter quickshade?

The white uniform was not standard but out of shortage of the main indigo-source for the blue color, because of the trade blockade by the perfidious albion, Napoleon decided that about 1/3rd of the Line infantry should be redressed with the white uniform. Not all regiments designated to get these new uniforms did receive them in time before Napoleon, disgusted by the bloodspattered uniforms he saw at Eylau, decided to cancel the order for white uniforms.

First of all, thanks to everyone for the kind comments. I prefer to paint on the dip as it gives better control and stops Norma hitting me over the head when I shake the excess onto the walls, ceiling and assorted items of furniture. Actually the white uniforms lasted quite a while with some regiments in Spain still wearing them in 1812. Also, not many people realise that the majority of the soldiers of La Grande Armée who fought at Austerlitz and Jena were clad in bicornes.

Thanks guys, but I was thinking more along the lines of Russian blood when old Maréchal de France, Jaques St. Merde* et ses soldats à la crème get the chance to have a go at General of Opolcheniye, Pyotr David Buggeration and his peasants. *

I bought the "Elite" print for the white uniforms and it shows exactly which regiments were converted and their facings. So I will have four regiments of two battalions of 36 figures each along with separate skirmishers, pioneers, artillery and odd officers so that I can demolish any building that Aide has taken the trouble to construct (I've got to admit that the FIBUA rules are my favourite part of the proceedings - Colonel Imrie, remember the Guards at Les Quatre Bras? I'm sure I have their King's Colour somewhere if you are still looking for it). The second battalions will not have a flag, but rather a mounted officer and the cunning plan is to combine them into 72-model battalions just in case a suitable set of rules appear.

Obviously I will have some cavalry - after all Ray, it was you who taught me that the sole purpose of cavalry on a battlefield was to add tone to what would otherwise be considered a vulgar brawl.

And the 33rd are still up for the challenge - I can taste that pint now.

*That's Пётр Ива́нович Багратио́н for those of you who can't speak English.
Last edited by CoffinDodger on Sun Dec 12, 2010 8:26 pm, edited 1 time in total.
“I can assure you, Gentlefolk, they look better from a distance."
Jim O'Neill.
Top

Tell you what, next turn you take the shot and I'll get the ice cream.

I am going to steal that...
Clarence
http://www.quindiastudios.blogspot.com

I am going to steal that...

Glad you like it Clarence - it's the name for the personal piece that represents little "moi" in all Barry's weekenders. The piece is a Front Rank Davout casting and looks the spitting image of me with the severe lack of hair and spectacles.

Dave O'Brien has done a similar piece for himself using the same casting but in Russian livery and that's General Buggeration. We'll be going head-to-head at the February one. 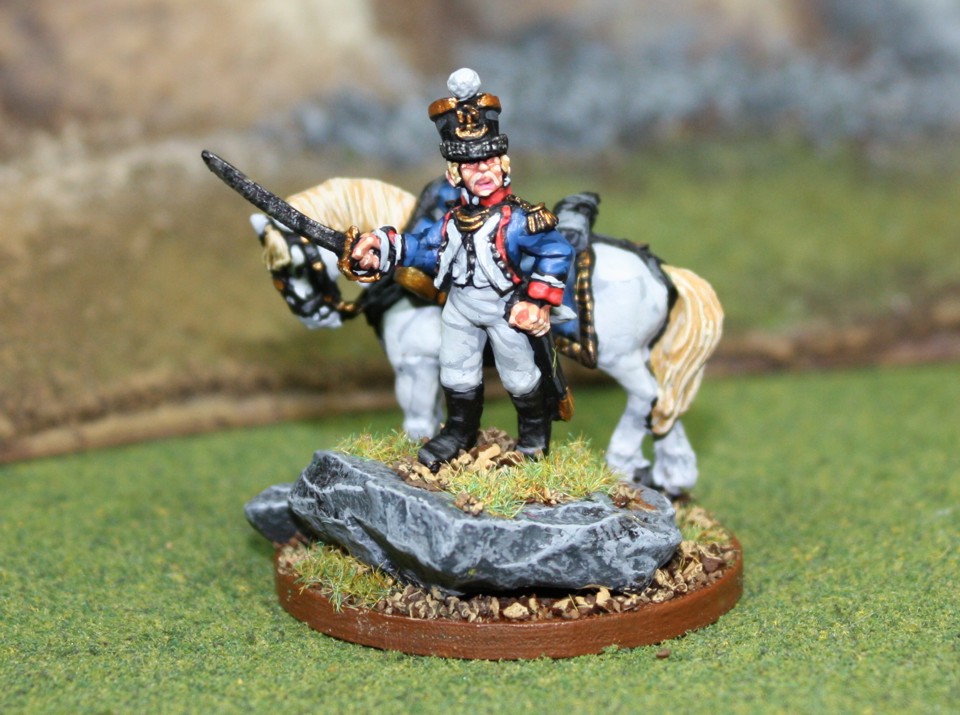 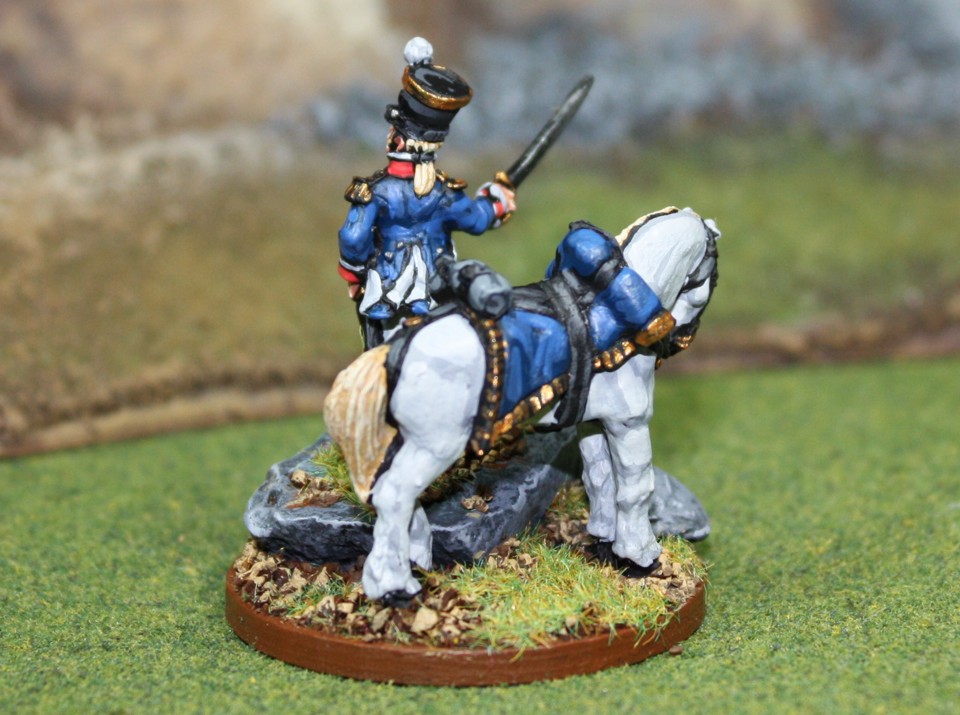 I love General de Brigade Henri D'Heroique but, someone of your stature should at least be a Maréchal. I will say that the unfortunate camera angle on the first image combined with the expression on his face, looks as if he is jerking off the horse. Hey, whatever turns him on. Although, having seen some photographs of your good self. the ponytail is an inspiration.

(Bloody show-off! I used to have hair.) 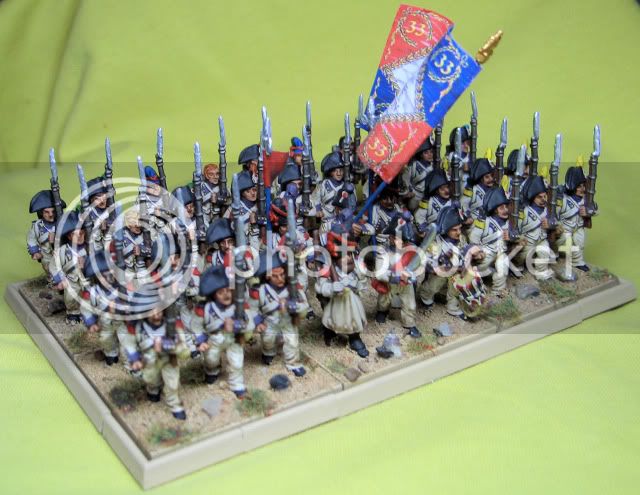 A lovely unit all together, Jim--well done!

Return to “Napoleonic General Board”