A games day featuring the works of the Toofatlardies with participation demonstration games for many of them. It will be attended by the author, Richard Clarke, & several other notorious lardie personalties, including Sid who will be bringing his jaw dropingly wonderful world war one scenery & a mini campaign of linked small actions.

Drop me a PM on that Barry but I like to promote & periods I like & rules sets I feel do them justice & it has the positive side effect of getting me more wargames than I would otherwise. I am also a member of at least two of the local wargames clubs Derby & Burton & can brother them to get involved.

Blogs about the Previous Beer & lard sadly in 2010 due to pressure of work on my part but will I hope raise your interest. 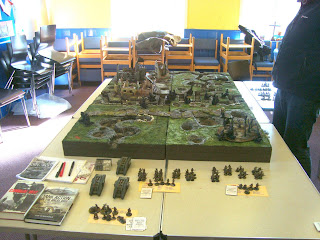 Through the mud & the Blood with Sid 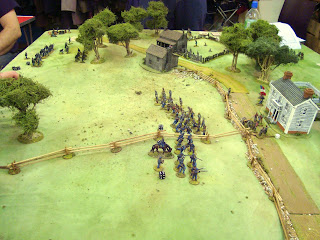 Robert Avery author of Vis Bellica amongst other things ran three IABSM games over the day on from the defence of Calais, one In Burma & a final one on the breakout form Anzio all of which are on his VisLardica site but I am unable to locate then mostly because I cant remember the names of the scenarios 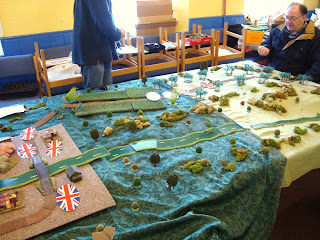 The final publicity drive for this has truly begun I will be over at Burton & district Wargames club in Stretton next week & Derby Wargames Society the following week.

The perfect chance to try new styles of game & new periods & have a lot of fun doing so not to mention the after party beers which it being Burton the beer capital of the world are worth it in themselves.

Thanks for posting, I'll be there and I'll see if I can drag some of me mates over as well!!