I've been messing around a bit this morning. I took a few of shots of the Skutatoi Shieldwall with the Command Base and a couple of close ups of the Skutatoi on their own which will hopefully portray some of the dynamics of the unit as they work collectively in defence.

More Pics of the Unit and the Command Base (and inner rumination) on my blog here:
https://justaddwater-bedford.blogspot.c ... mmand.html 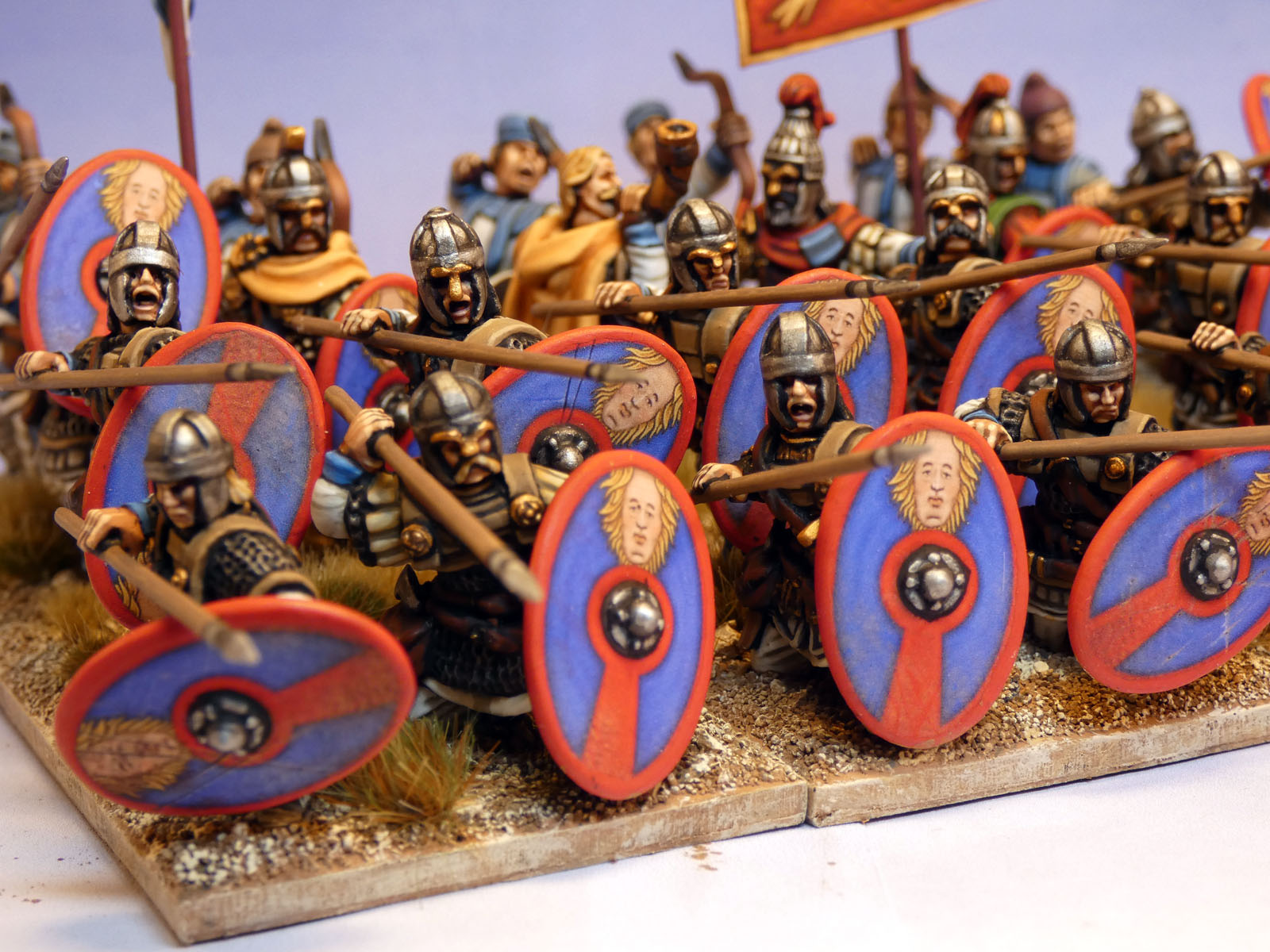 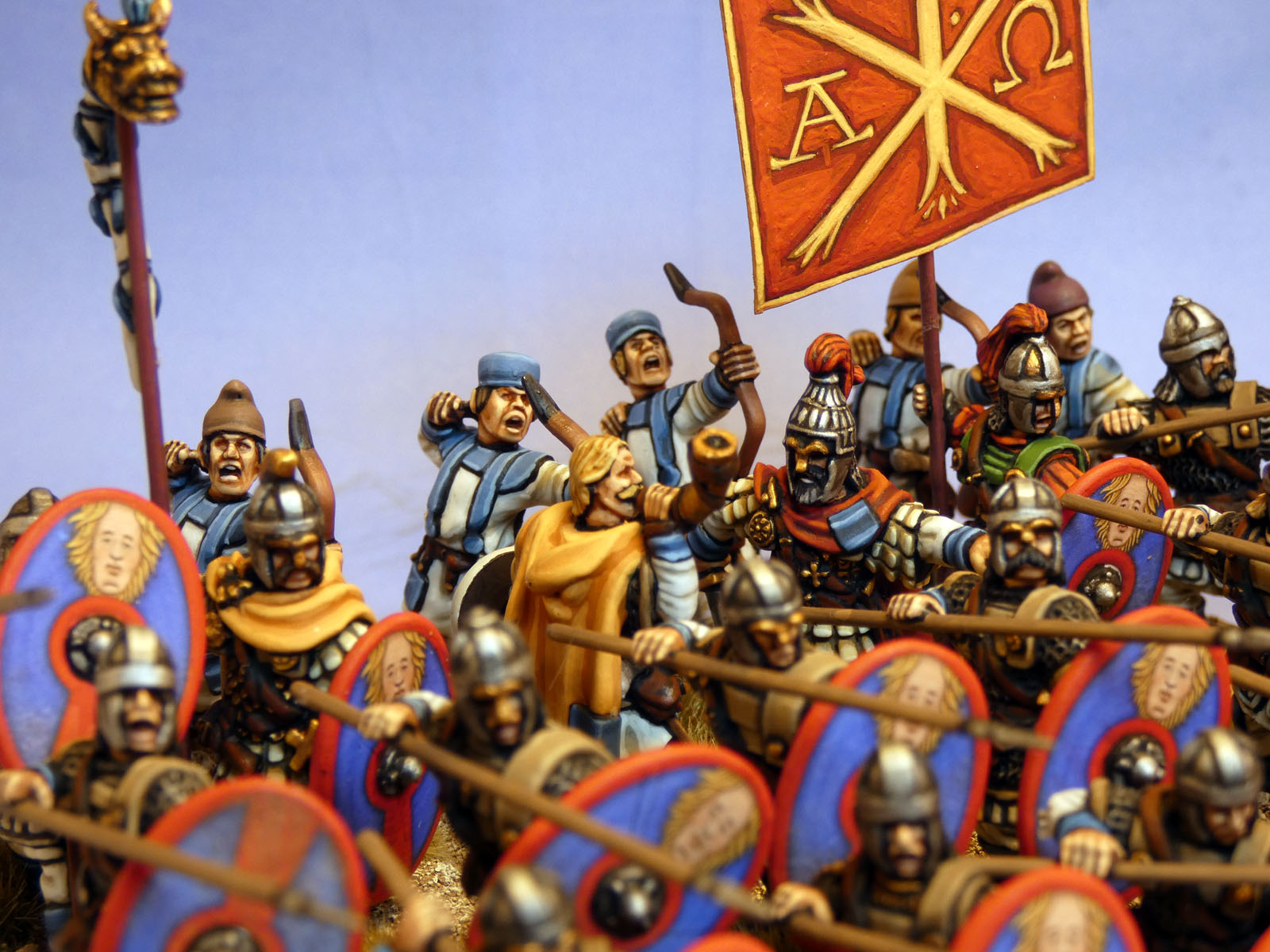 Very nice in Details and Colors!

Another great unit! How do you see this army’s character compared to the Late Imperial Romans of the 4th-5th Century?
Top

Adam Hayes wrote: ↑
Thu Oct 29, 2020 7:15 am
Another great unit! How do you see this army’s character compared to the Late Imperial Romans of the 4th-5th Century?

As with almost any ancient warfare/ancient armies question it is very difficult to say. I think it was Adrian Goldsworthy (?)who said wrotethe probably only know 10% of what there is to know about the Roman army in the Early to Middle Imperial era. As regards to what we know about the Late Roman army I'm not really sure. I do know that Adam the sculptor has taken great care to get things as correct as they can actually be from his perspective. For example, some of the cavalry have been delayed as he awaits the publication of a new book on the subject.

What I can say is that the Aventine Byzantines are based on the campaigns of Belisarius, Narses and up to Heralcius which is approximately a century later then the 'typical' Late Roman army one tends to see on the wargames table so I'm sure there would have at the very least been some cosmetic changes. Take a Legionary from a Third Century Late Roman army to that of a Fourth etc and you will see a marked difference in equipment and indeed, the appearance of said equipment, not to mention the battlefield role.

Hope that gives you some idea of where I'm coming from?

Of course, at a push, many, though not all of the units in the army could be used as Late Romans should I choose to do so.