OK, so after two years I've finally given in to having a section of the FORUM specifically set up to discuss painting techniques, display examples, show your latest projects and chat about this vital part of the hobby. Manufacturers please feel free to post up your sculpts, ask questions about what the gamers are after and generally promote your work.. no charge! Painters, please also feel free to post up your work for comment and critique. I can't promise the unreserved adulation characteristic of some other fora but I would hope you'd get constructive and measured comment!
Post Reply
1 post • Page 1 of 1

I haven't done any work on my Norway vs Sweden Sharp Practice project for well over a year. But I've finally added a Level 1 Leader, Sergeant Jens Hansen Moe, from the Telemark regiment. He is named after a long-ago ancestor of the wife, who lived in Telemark at that time, he would have been 36 in 1808, a good age for a veteran sergeant.
Also added the two finished units in the background.

1 company of Lædalske light company, I independent light company, just a few years before 1808 the people of Lærdag rebelled when the Danish king reneged on a deal he had with them. And several leaders of the rebellion got executed. But in 1808 the company was instrumental in the victory against Swedes at Trangen.

The other unit is a grenadier company from the 1st Trondjemske Regiment. This will end up being the main formation, consisting of 4 units/companies of grenadiers, which was the standard core in the taskforces that fought the Swedes in 1808/1809 Together with the 4 company grenadier formation, I have enough to do a smaller 3 company formation of light infantry. Pluss the Lædalske skirmish formation I've done. And I'll use Steve Barber's ski troops for the last skirmish formation. 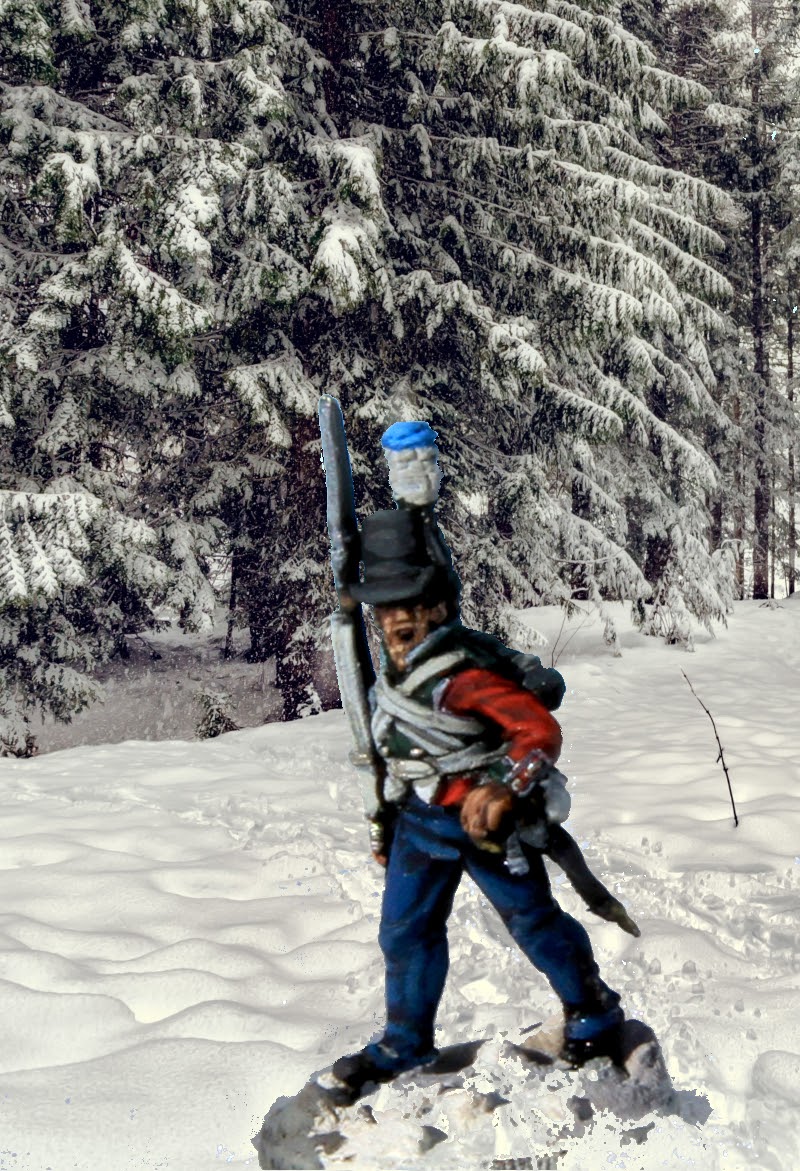