OK, so after two years I've finally given in to having a section of the FORUM specifically set up to discuss painting techniques, display examples, show your latest projects and chat about this vital part of the hobby. Manufacturers please feel free to post up your sculpts, ask questions about what the gamers are after and generally promote your work.. no charge! Painters, please also feel free to post up your work for comment and critique. I can't promise the unreserved adulation characteristic of some other fora but I would hope you'd get constructive and measured comment!
Post Reply
3 posts • Page 1 of 1

Second unit for my Norway vs Sweden 1808-1809 project, I had done half the unit before I started on the light troops, but found out my bases were too big. In the end, I couldn't wait for the new bases to arrived and so saw and knife was used to cut 25x25mm bases into 20x20mm and a 100x50mm movement tray to 80x40mm movement tray.
This is a company(as I personally visualize each close order unit as a company) Of Trondhjemske regiment, specifically one of the grenadier companies. During this war, the line companies and most of the cavalry and artillery stayed in the towns, cities and fortresses. So the field forces consisted solely of Grenadiers and various light troops(sharpshooters, jaegers and ski troops) With a basic force consisting of 2 divisions of grenadiers(each division being 2 companies) And some companies of light forces.

During the battle of Trangen in April of 1808, Grenadiers from Trondhjemske engaged a force of Swedish troops, the grenadiers had to hold their ground while Norwegian light troops moved in behind the Swedish for a classic pincer move. But the grenadiers were starting to falter. That's when grenadier captain Nikolai Peter Dreyer, a man said to be ignorant and unable to du his basic duty as an officer, jumped up on a tree stump, he stood there for all to see, got two men to load muskets for him while he stood there on the stub and fired at the Swedish, stood there and got hit several times, in the end, he slumped down, and died a few days later of his wounds. But his grenadiers held.
in 1814 with Nationalistic fervour and Norway fighting for its freedom, he became a symbol.

I plan on doing all 4 grenadiers companies but will aim at 3 first. Nikolai Peter Dreyer will be their leader and I feel he should be level IV for bravery alone,(since apparently, he wasn't good at much else.)

I threw in two drawings showing Nikolai Peter Dreyer on his stub, an older one and a new one. Both showing him and his grenadiers in the wrong grenadier hats(as an officer, he should be using a round hat.) 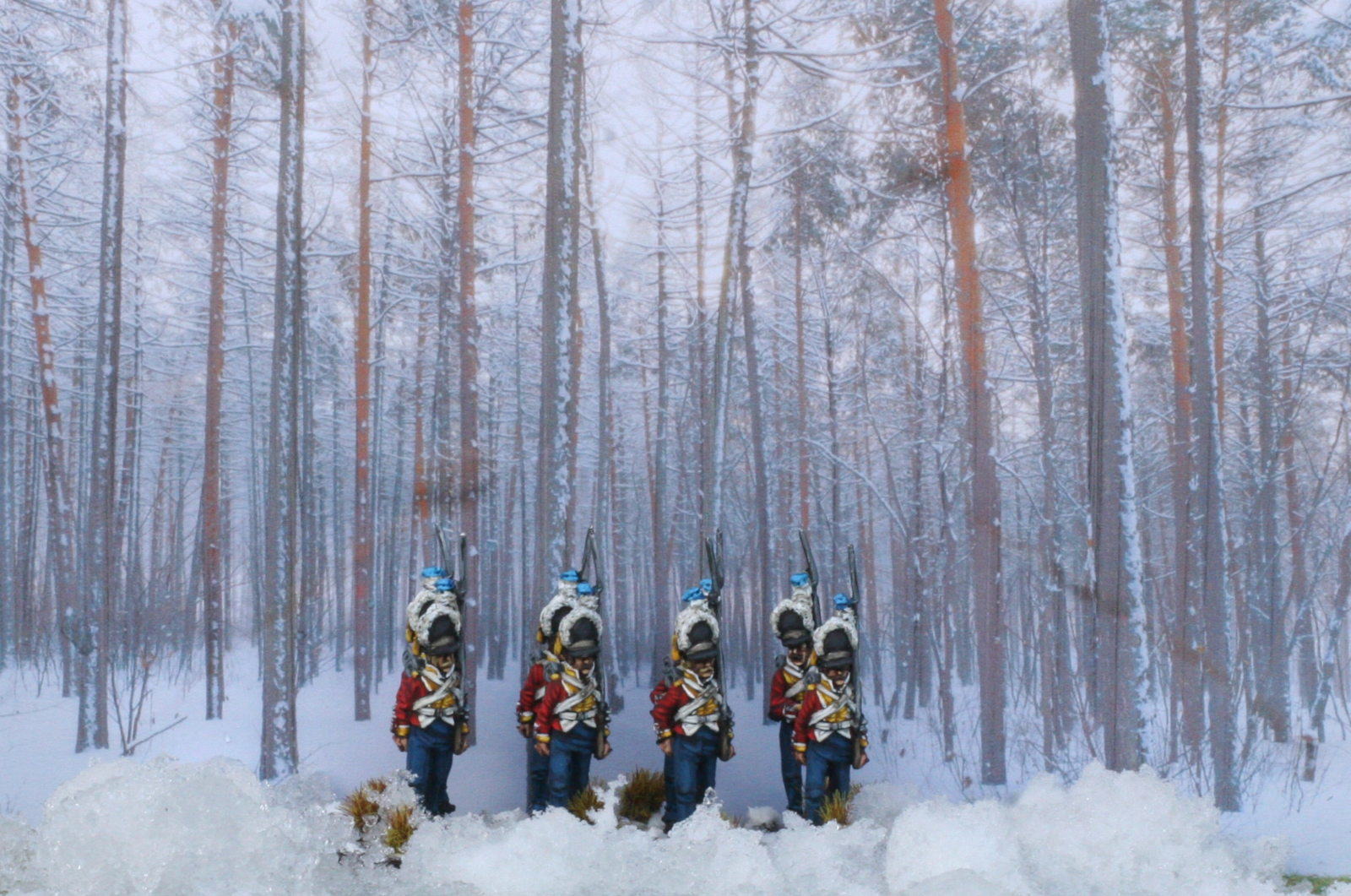 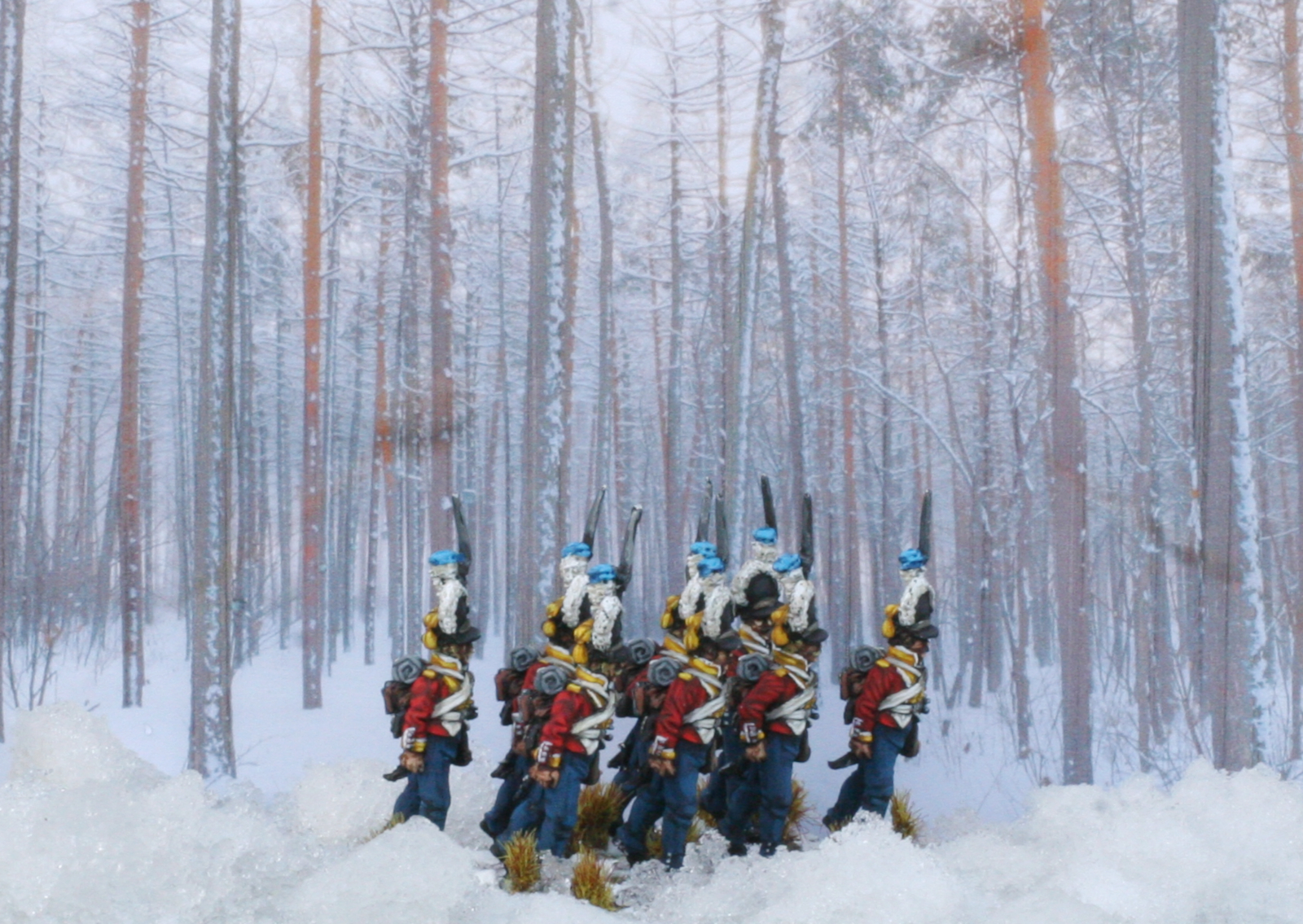 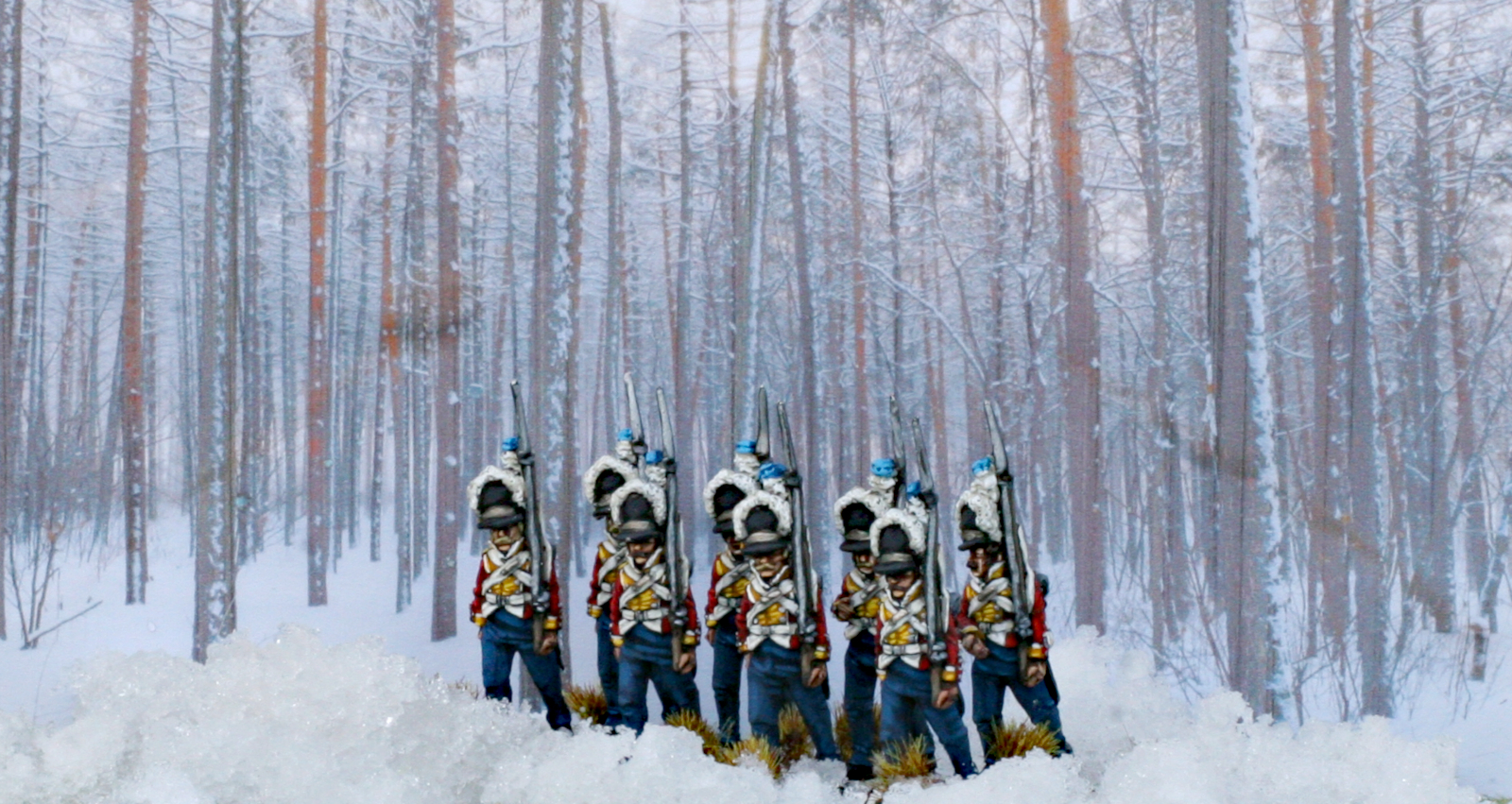 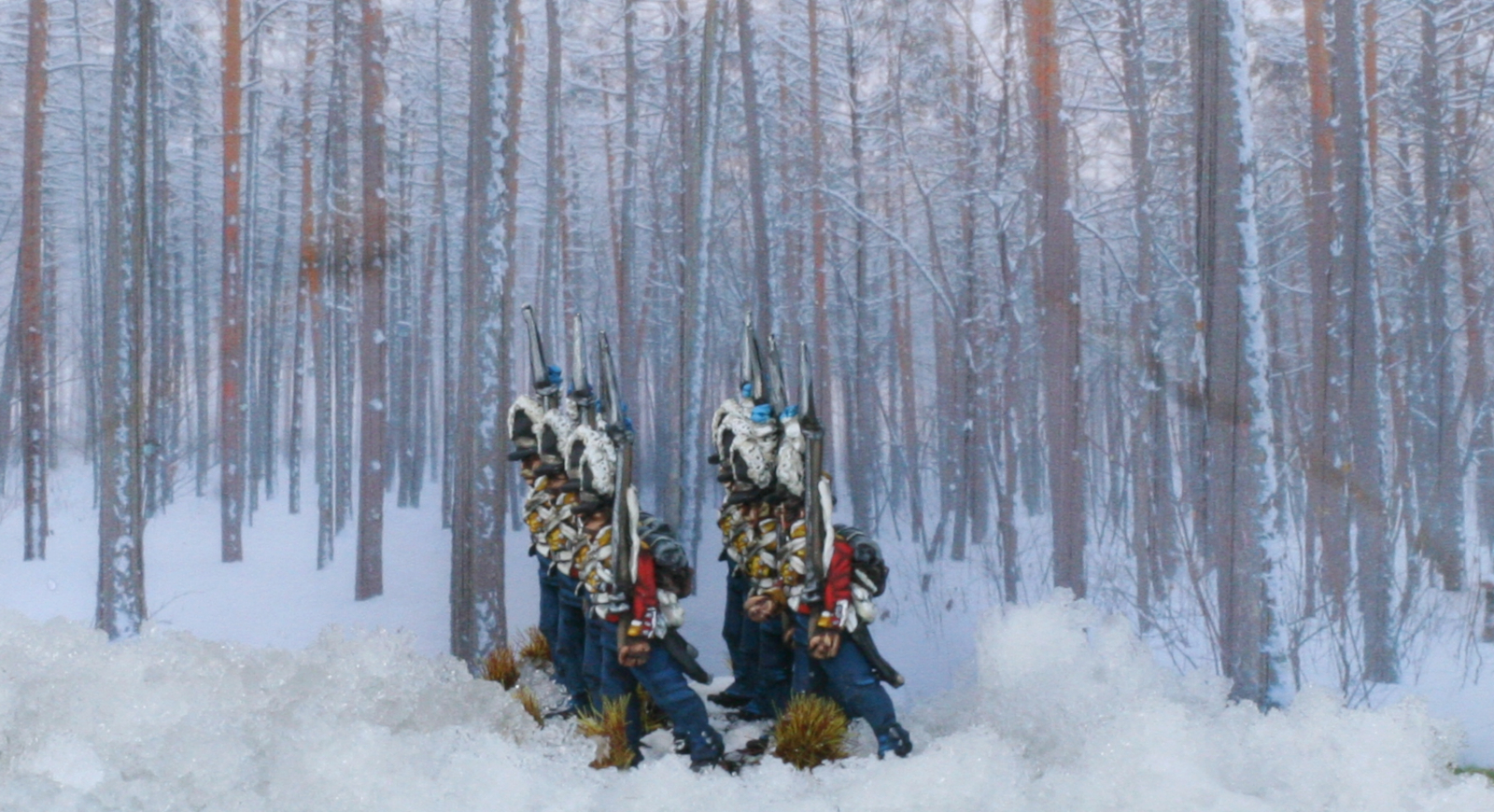 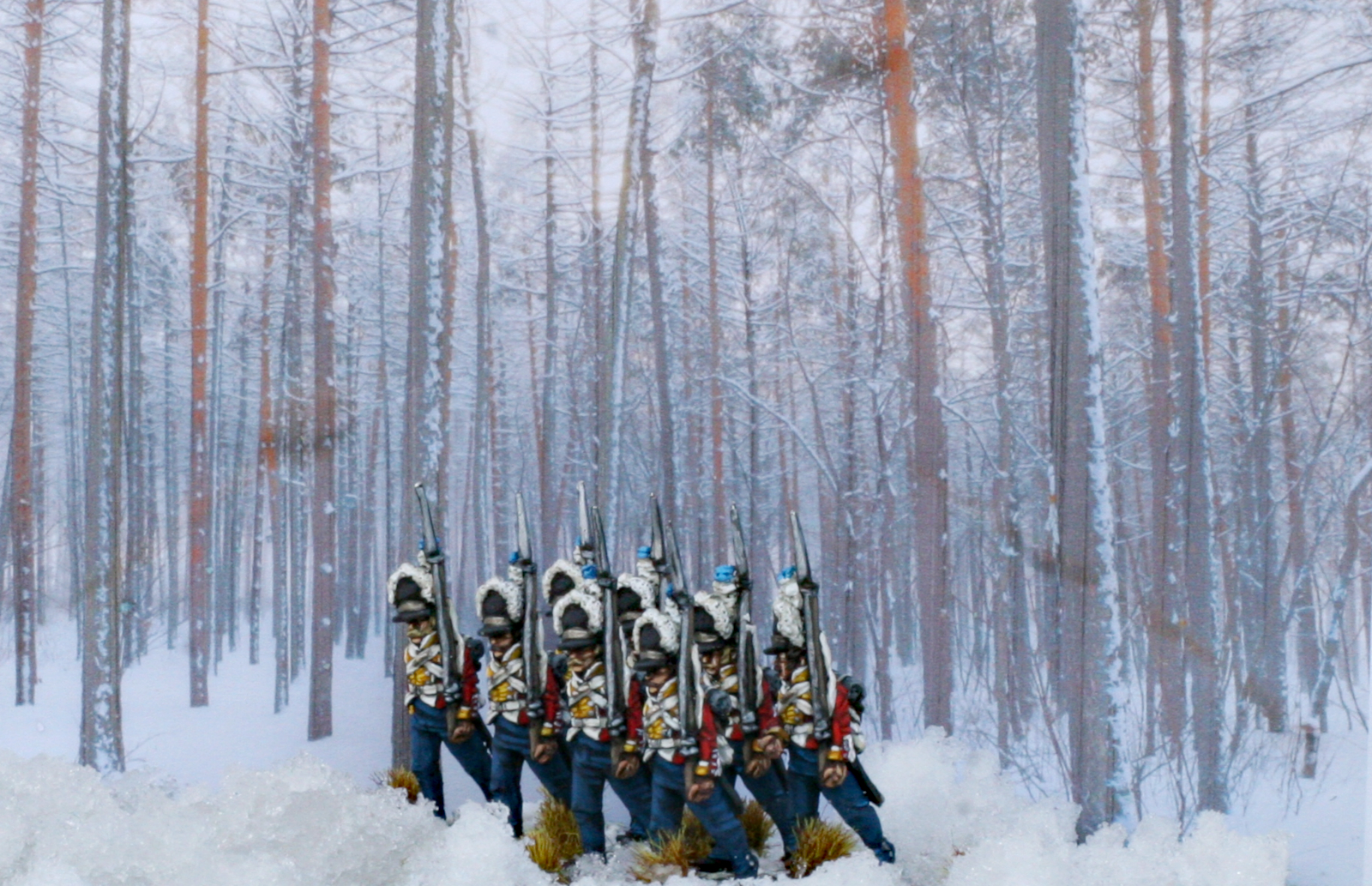 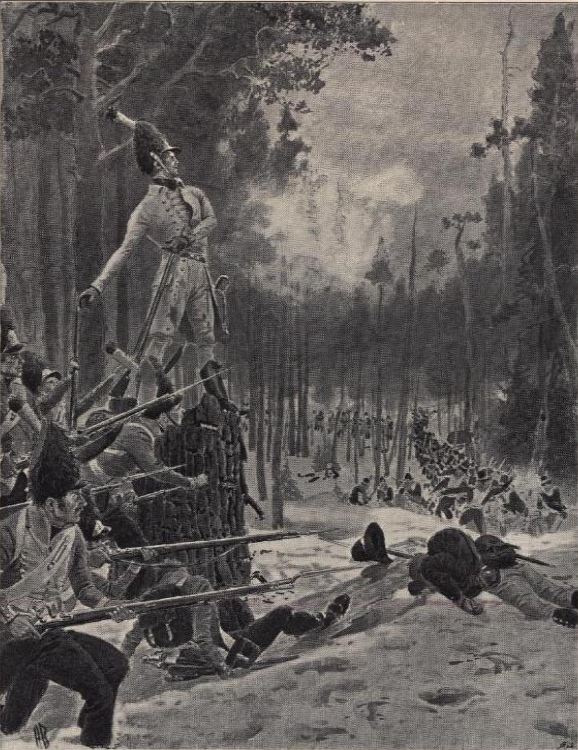 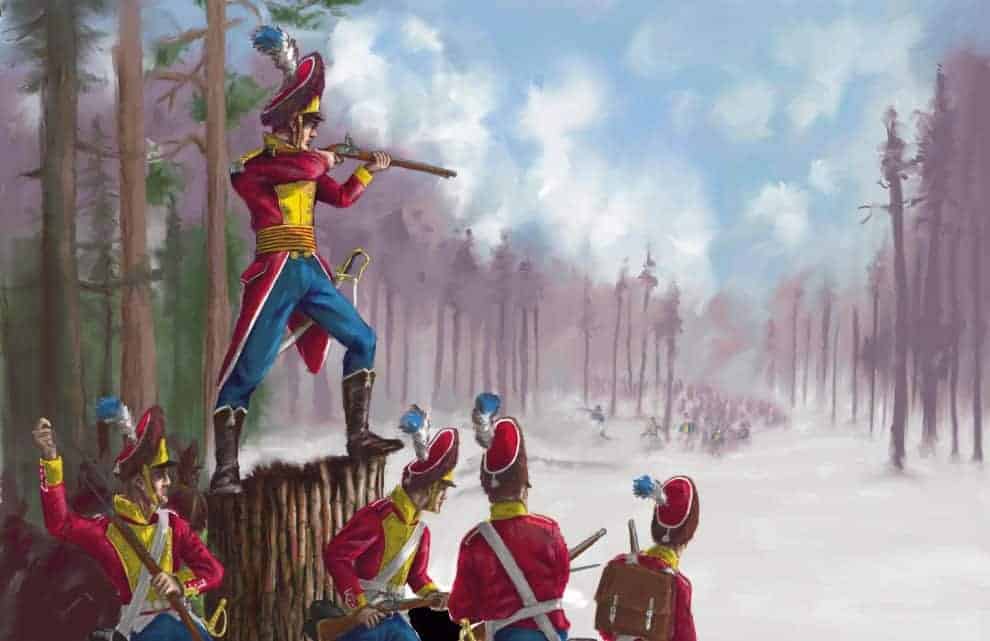 Lovely!
Don't you fear their Bases will warp if you putting them into real snow?

They are only there for a couple of minutes. So I doubt that will happen.