Conflict between the Swedes and their various neighbours between 1670s and 1721. Including topics on Danes, Saxons, Saxon-Polish, Russians and anyone else the boys in blue were mixing it with!
Post Reply
4 posts • Page 1 of 1

Well, 5 years after I started I've collected all my GNW painted forces and put them on the table.
No game, as I'm waiting for appropriate dice, and I need more generals.

I put my flayed teddybear on top of my old not very nice terrain tiles. The tiles weren't properly taken care of, so the flocking has disappeared on most of them. But the road parts are still working and so are the rivers. I cut the fur where it was needed, Some places the terrain tiles were exchanged for styrofoam so I could put trees into them. the trees are woodland scenics. I drilled - in the bottom and glued two cut-up wire spears into the -. So I just shove them through the mat into the styrofoam. I think the rivers need to be dazzled up a little, so I'll pour some woodland scenics water on them at a later date. 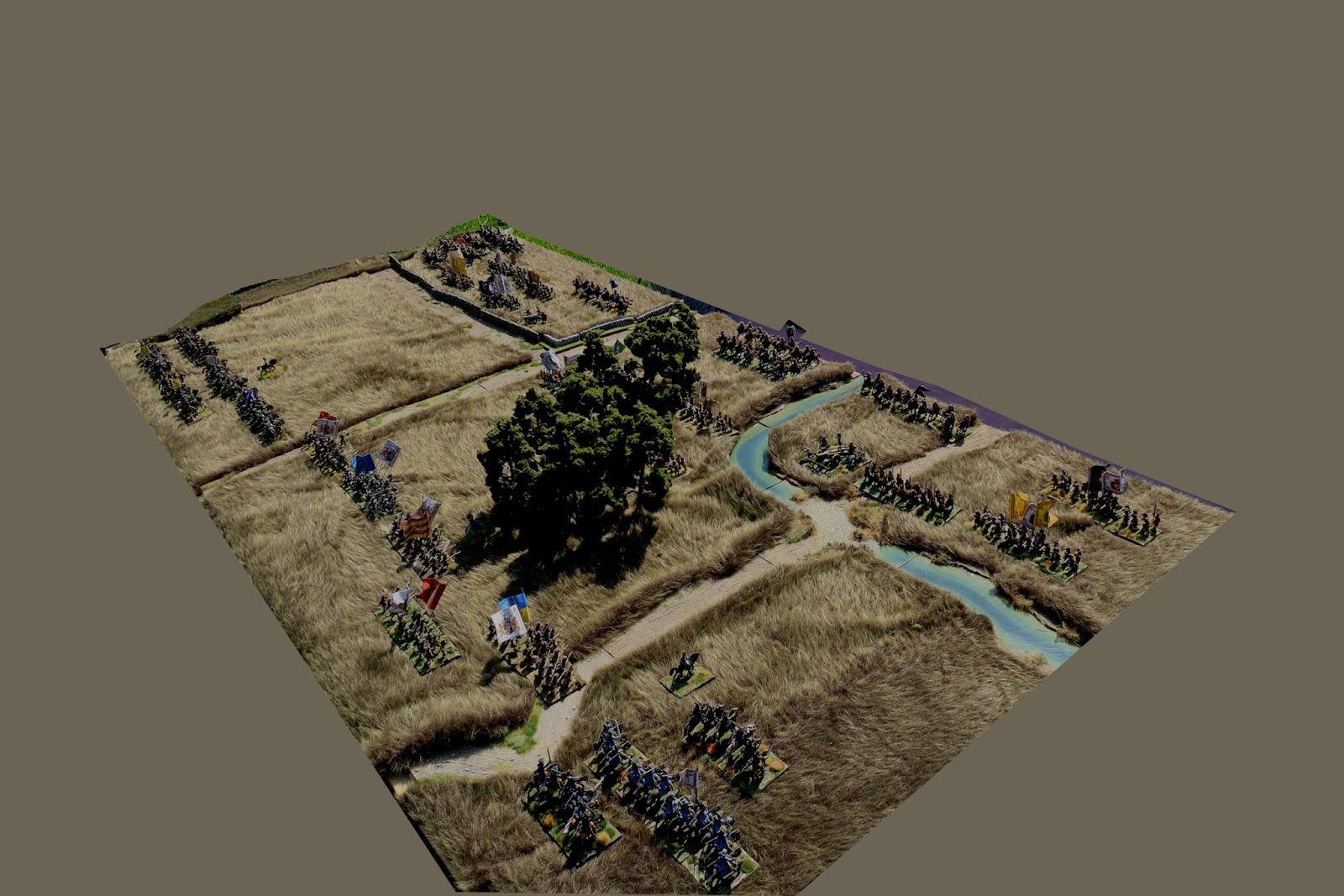 With some cutting my 5x7 feet teddy mat, it covered my 4x8 table. 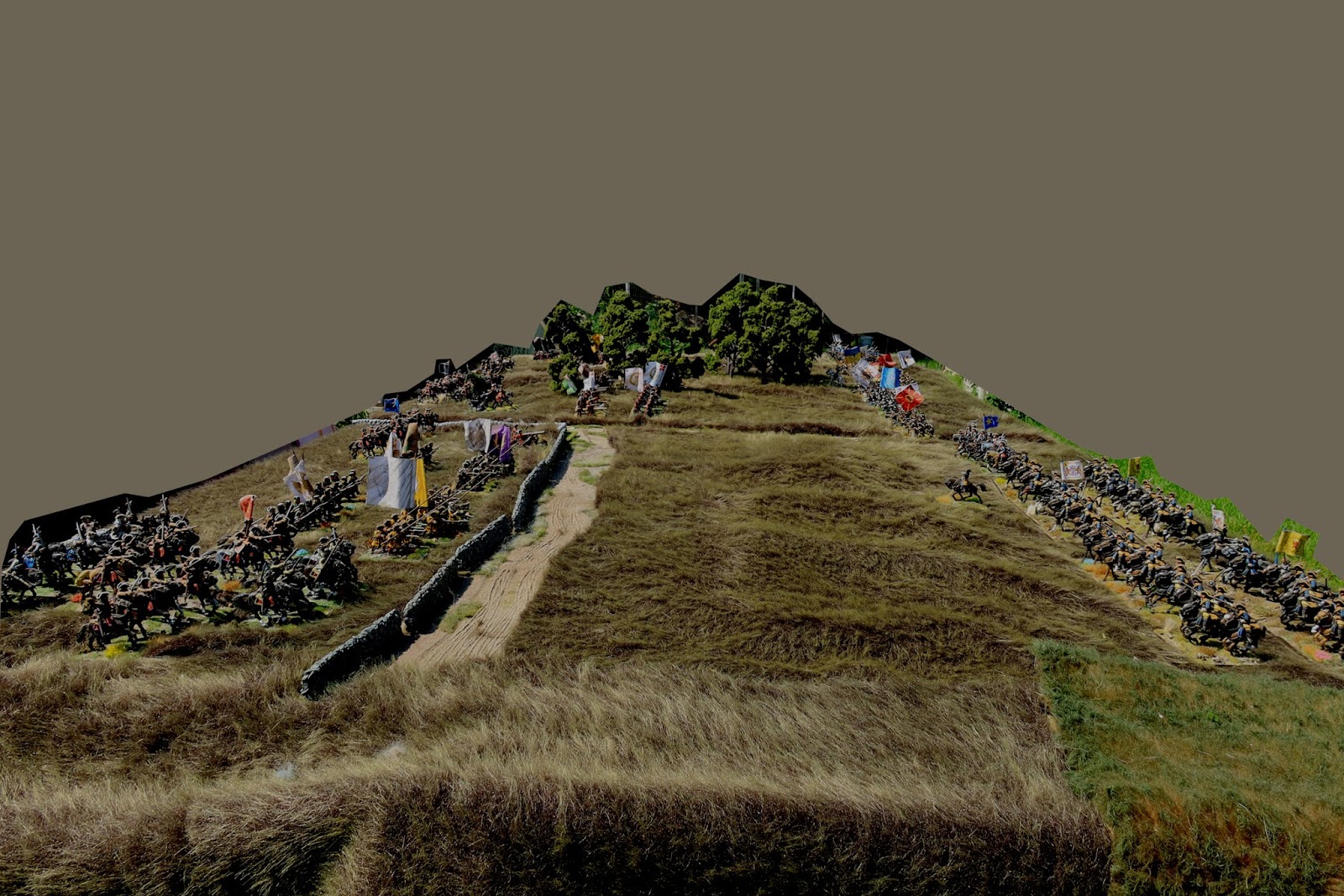 The Swedish being Swedish has decided to charge 8 enemy squadrons, 4 battalions and a cannon with 10 squadrons of cavalry. 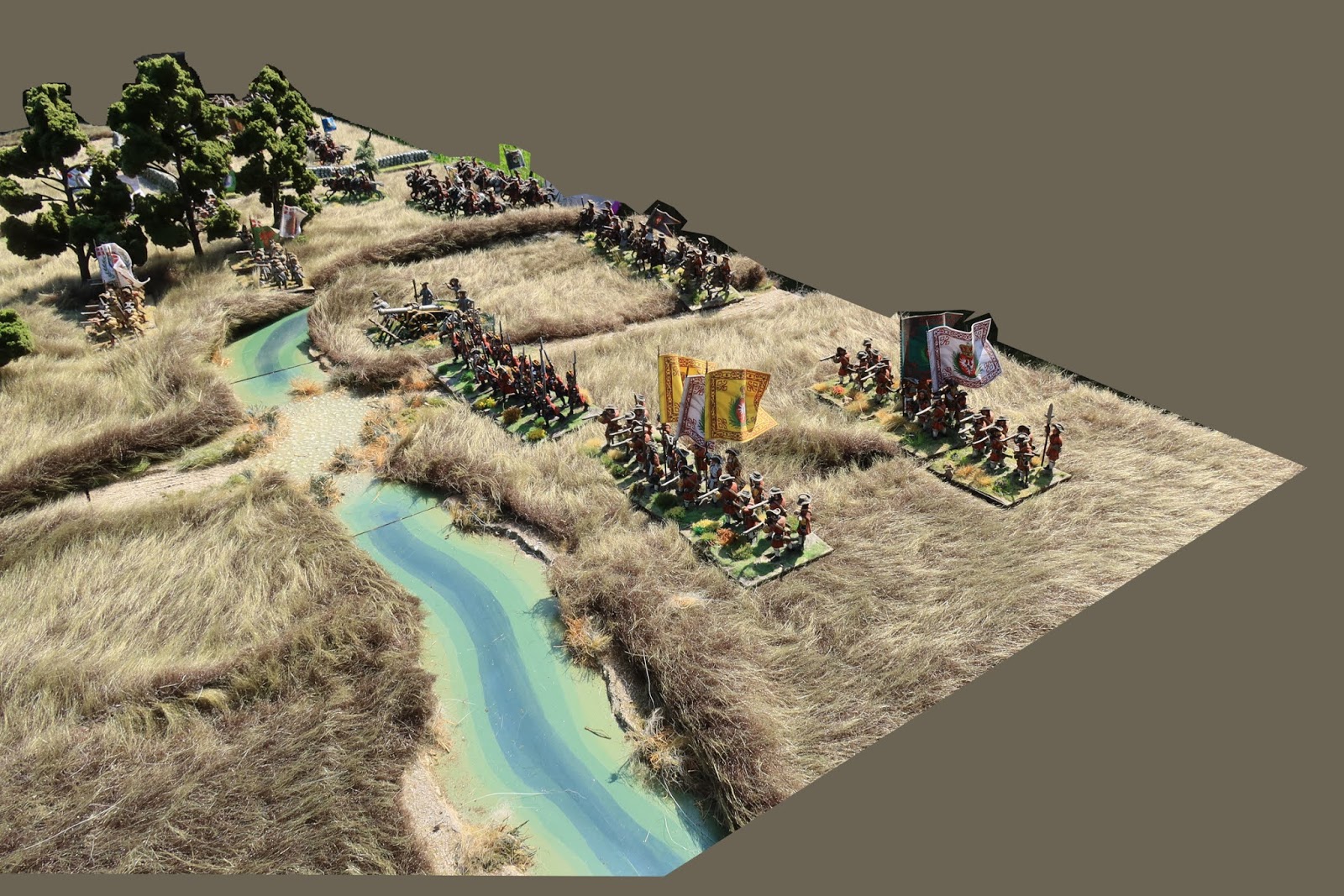 The Saxons have hidden themself behind a river crossing. 3 battalions are supported by two squadrons of Goltz dragoons and a big 16pdr cannon. 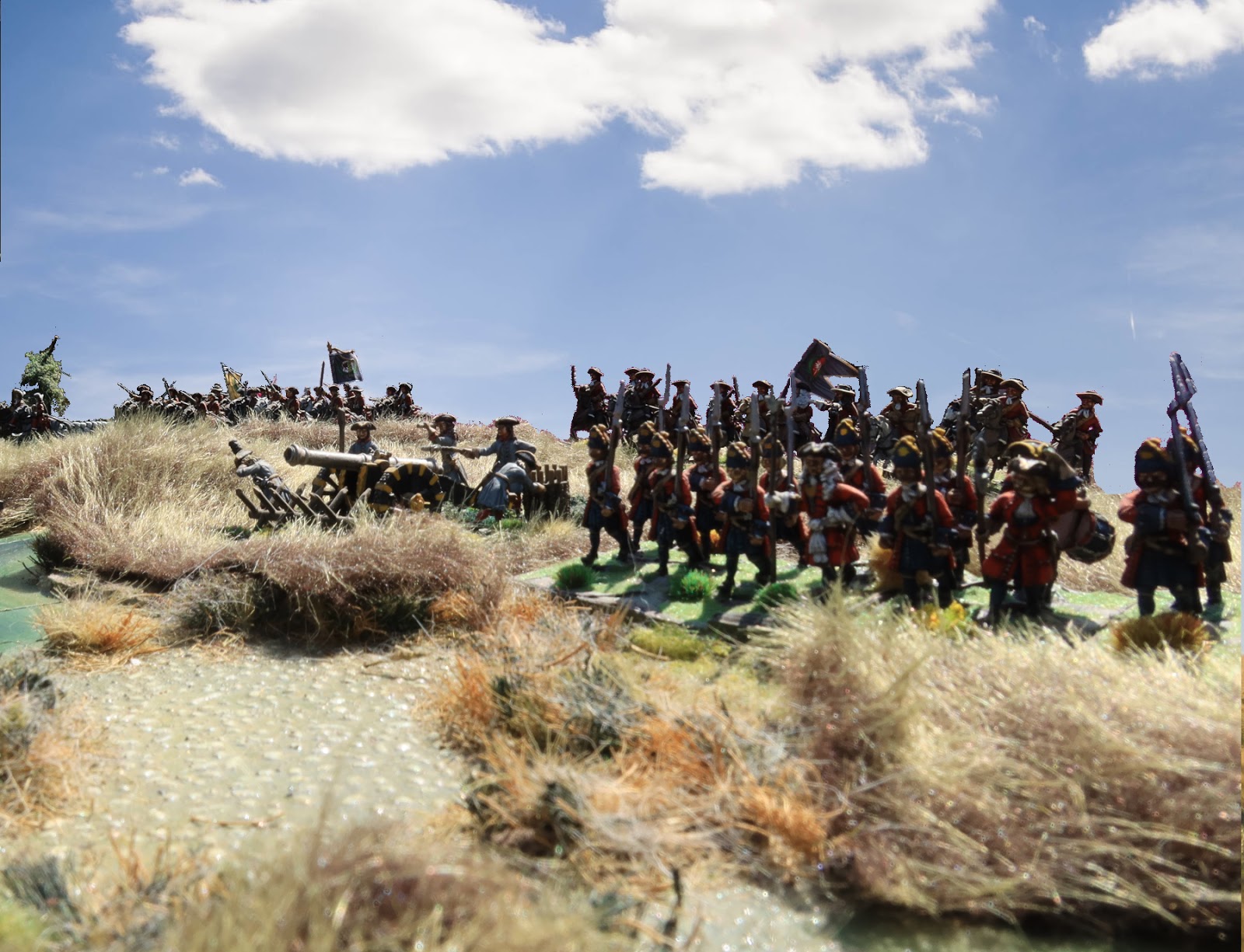 Grenadiers and cannon ready for the Swedes. 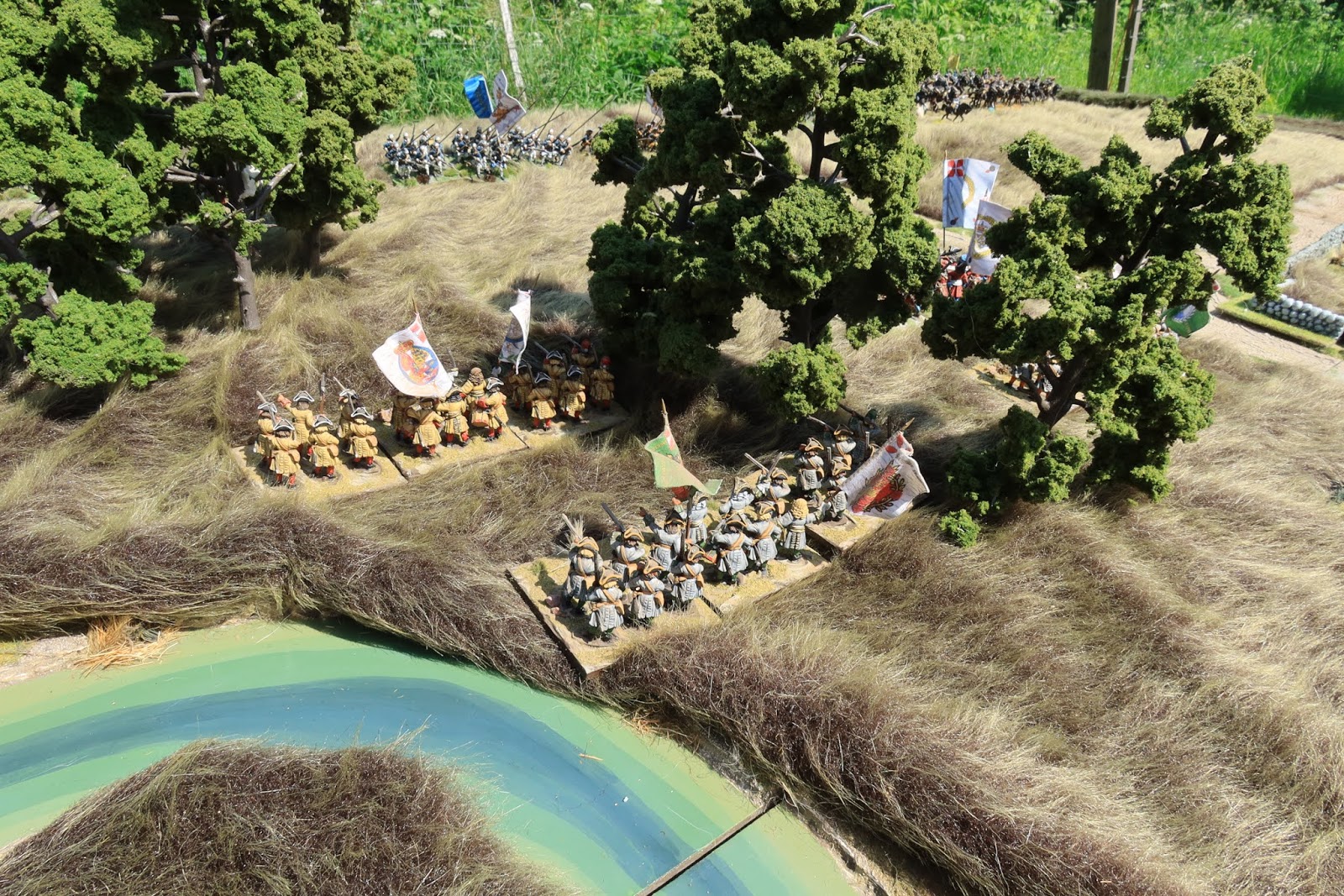 Danish will have the "honour" of dealing with most of the Swedish infantry. Unlike the Saxons with their river and the Russians
with their stonewall. The Danes only have some woods. 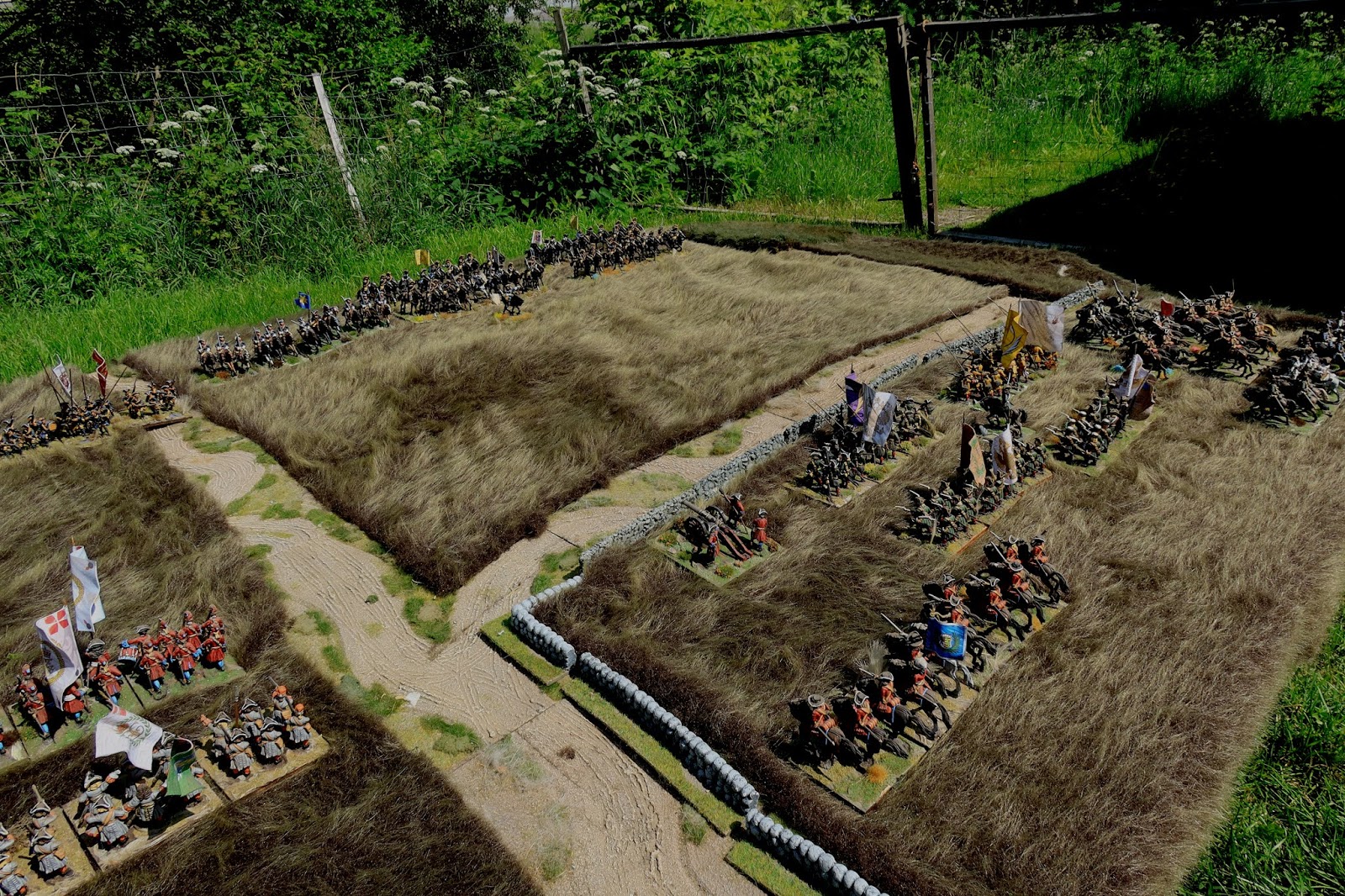 Russians have backup of both Saxon and Danish cavalry. It's not easy standing up to 3000+ Swedish cavalry. 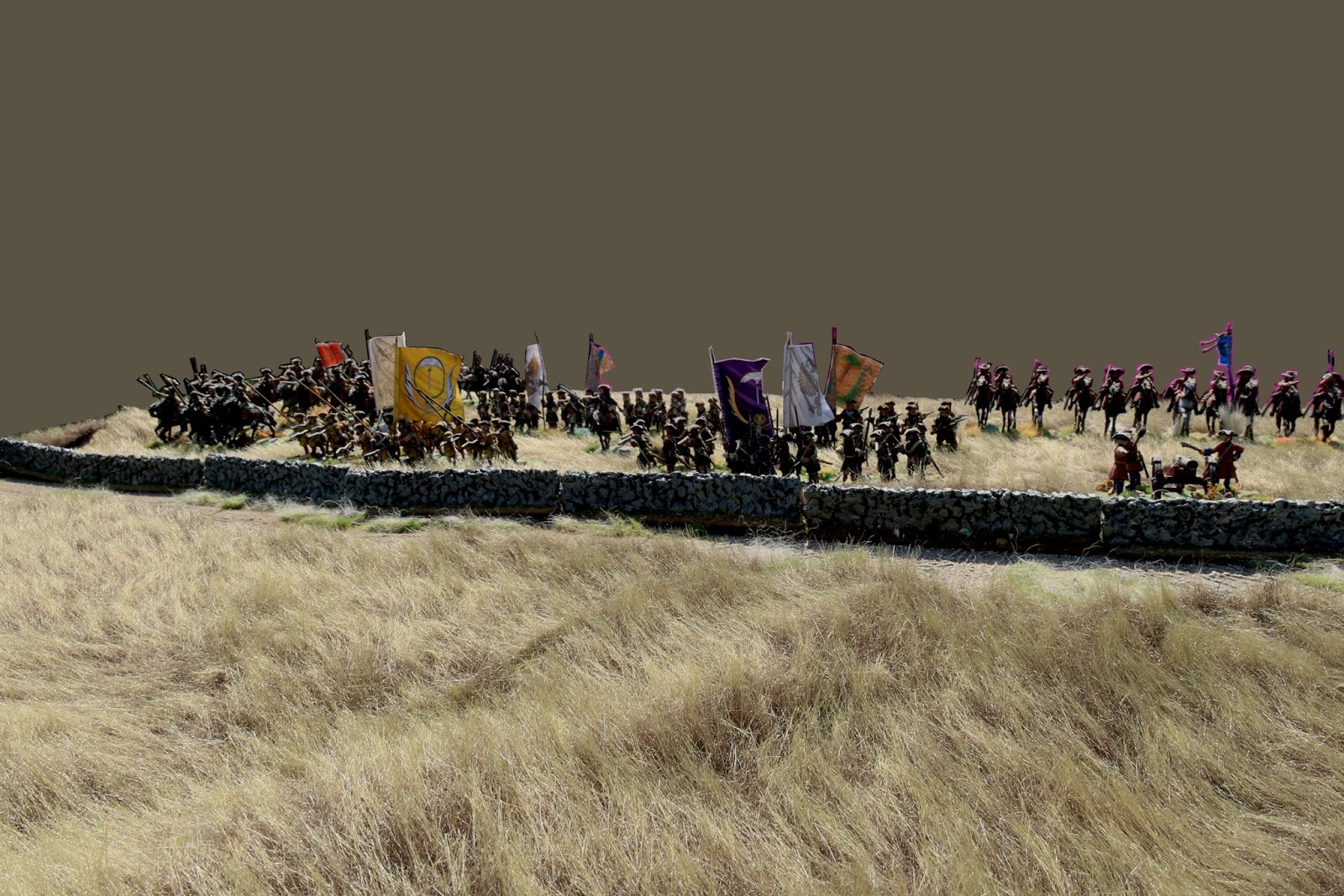 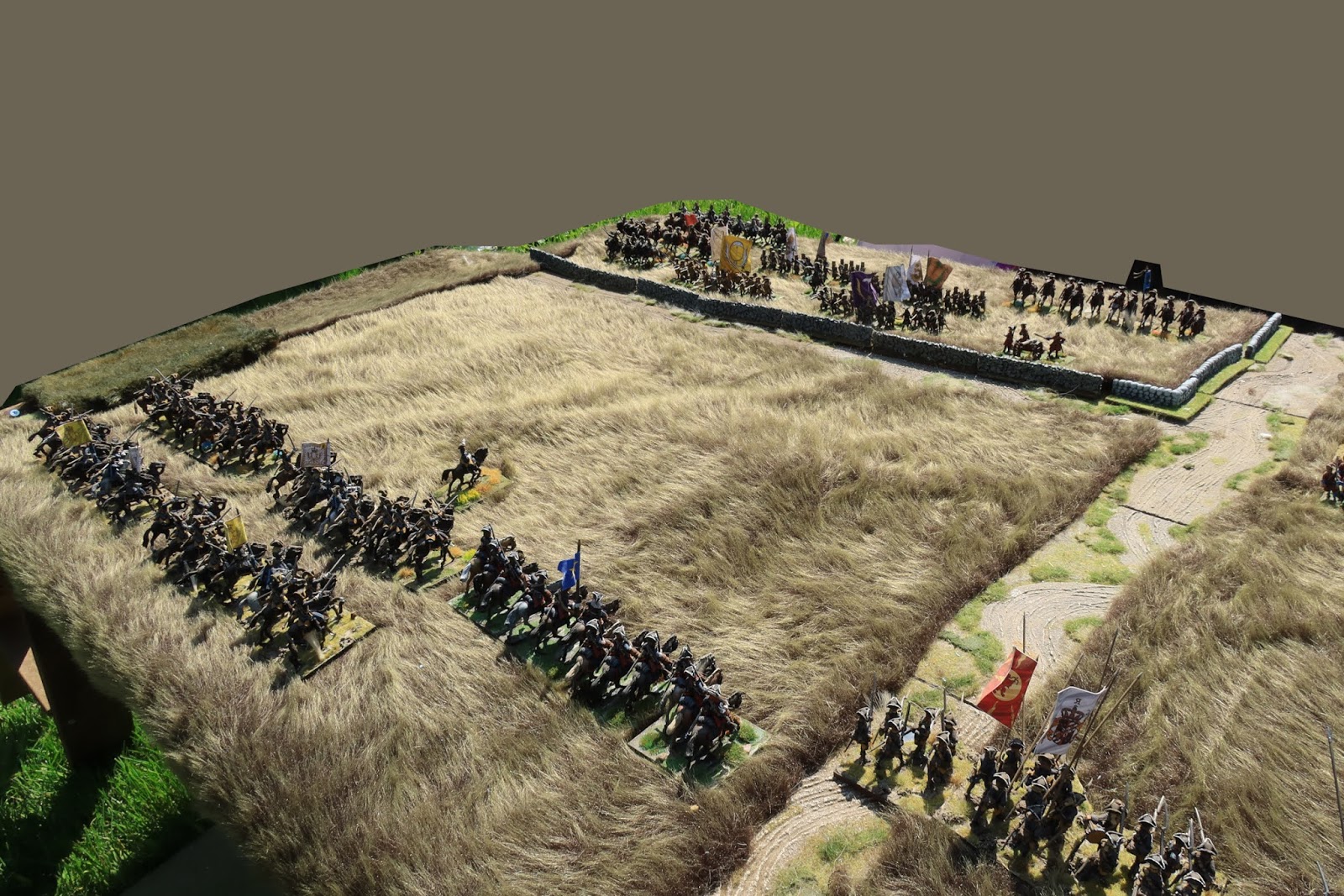 The Danish have put their Livgarden til fods and grenadier korpset in their front line. Hoping their best battalions will stand up to the Swedish onslaught. 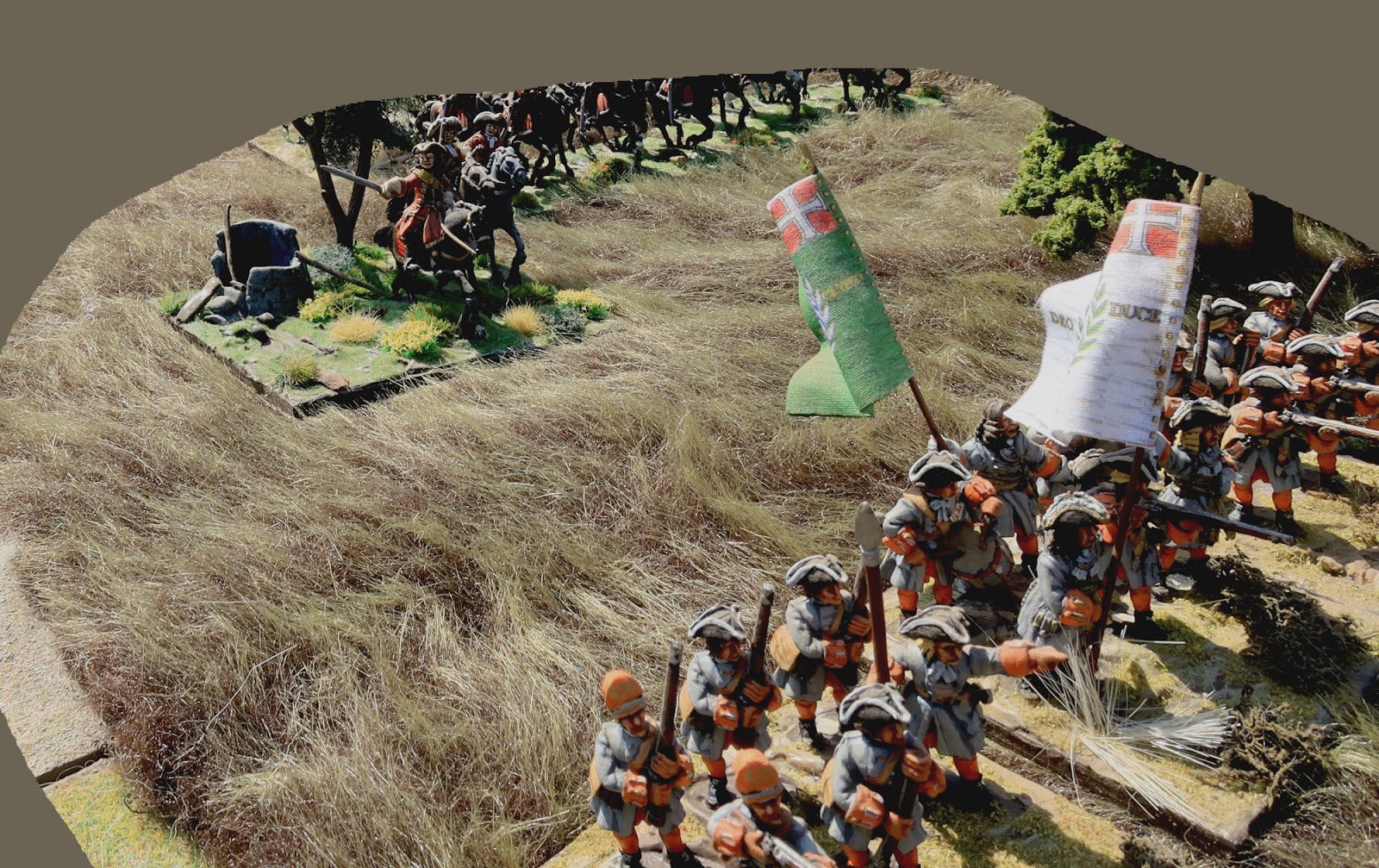 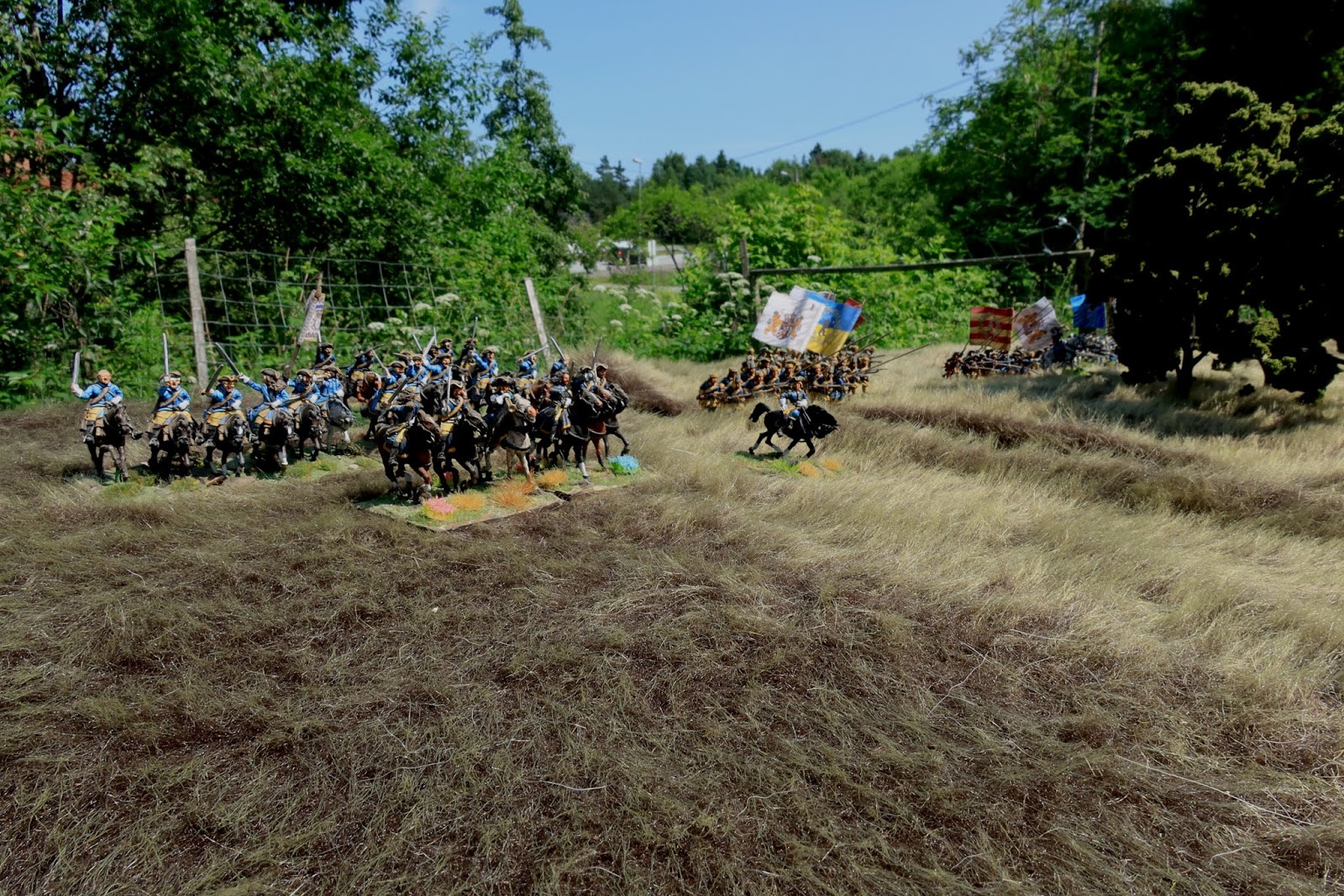 To take on the Saxons hiding behind their river. You got the elites. The Drabants, followed by the liv garden til hest, and the liv dragonerna as reserves. Liv dragonerne is by har the most powerful unit on the table. With 2 squadrons, being veteran, elite blade and Swedish they are worth 7 points in BLB3.
For reference, the danish 2nd Sjælandske is 50% larger and still only has 6 points. 7 points is also more than all 4 Russian battalions combined. But if the 3 guard cavalry units can't handle the Saxons, they might get support from the Björnborg battalion, which was placed there as a lynchpin between the right flank cavalry and the centre infantry. 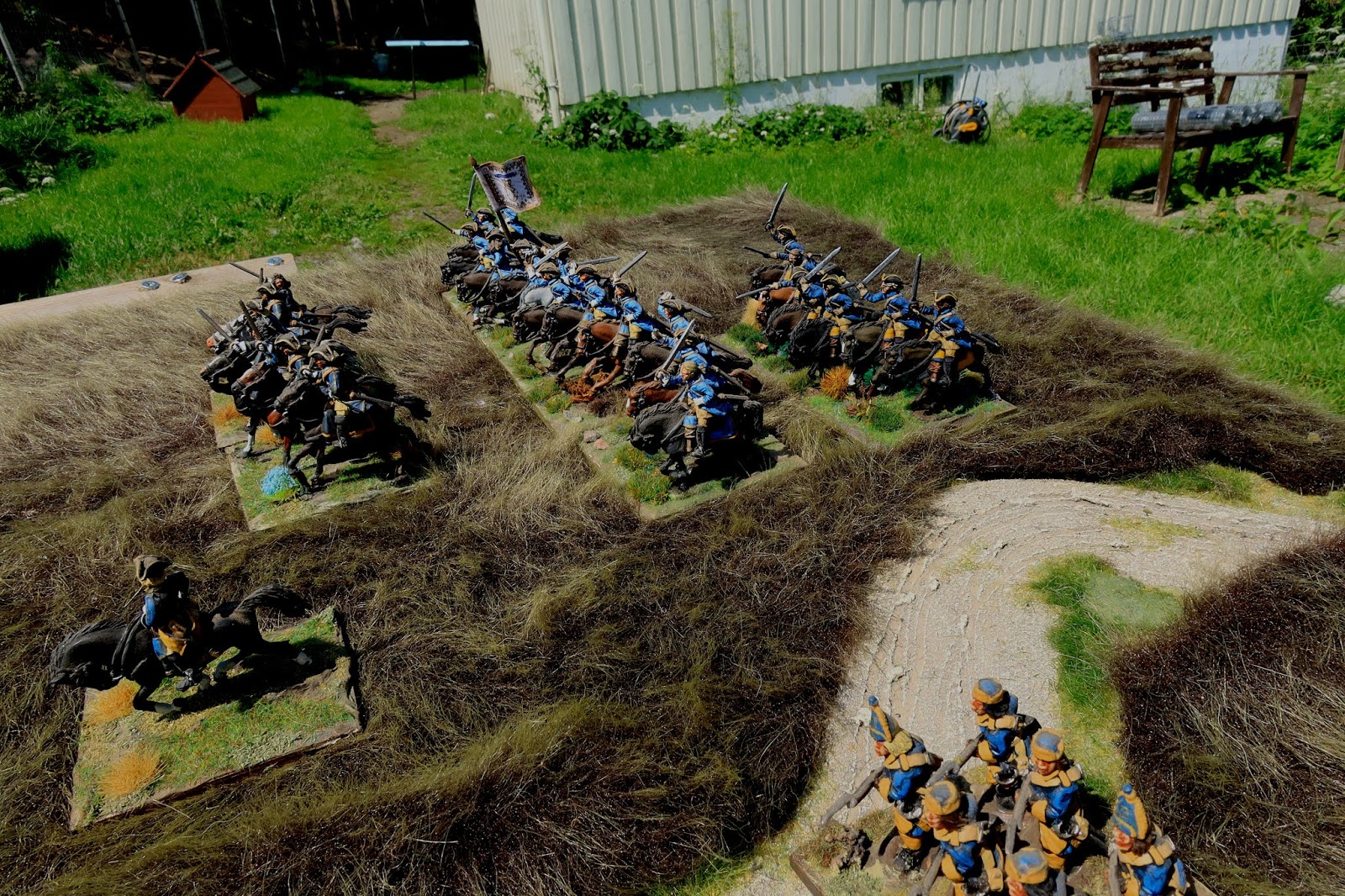 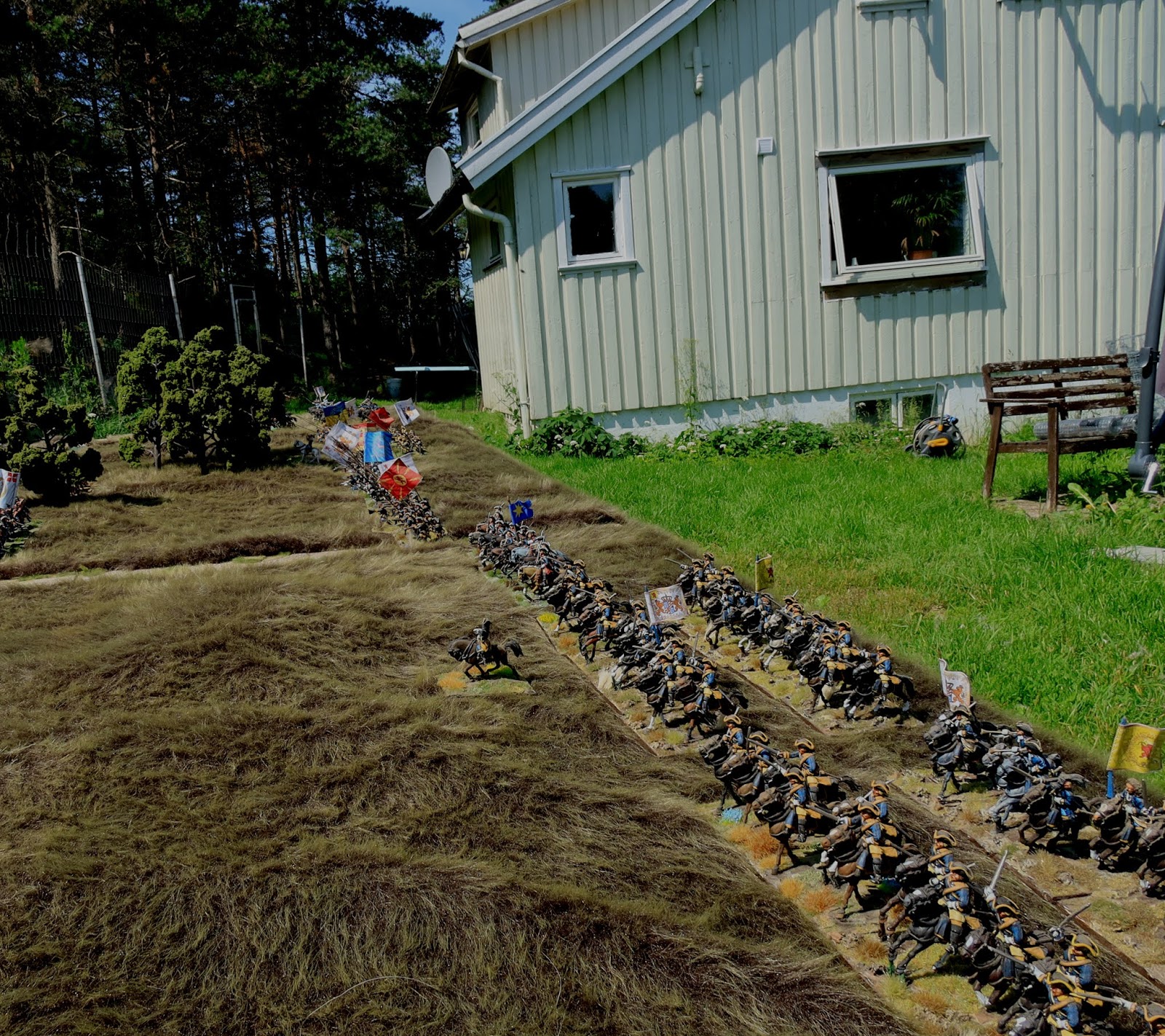 The Standards blowing in the wind, drums beating and cronets blowing... 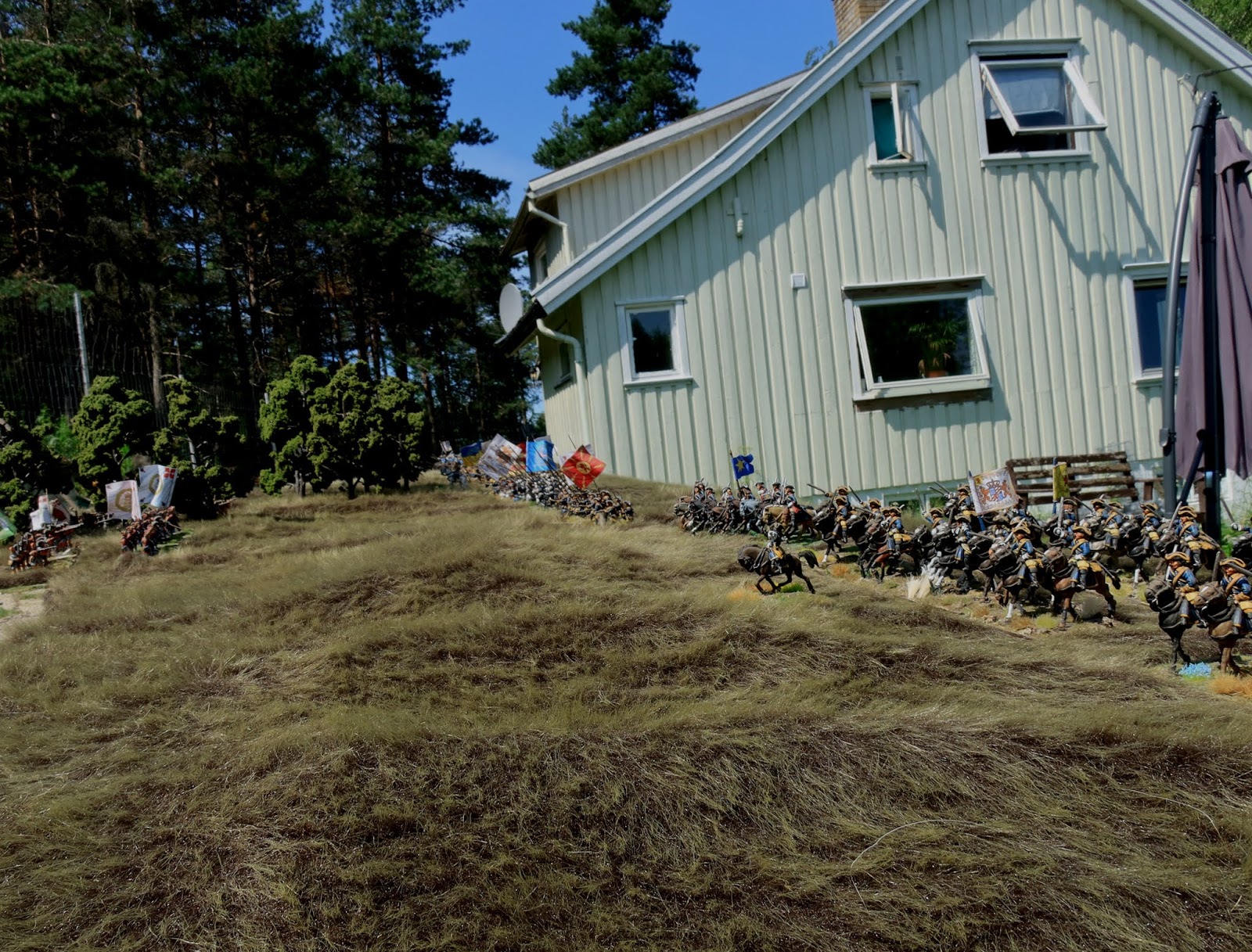 I plan on running this game, once my dice have come and I get like at least 10 generals done.(and Maybe a squadron of Russian dragoons)
Top