So finally a face to face game last night!
The British have captured the notorious pirate Charles Vane and are taking him for trial and imprisonment. His comrades have got wind of the plan and are trying to stop them.
The game was played with Donnybrook rules, both side have 5 units; the Pirates had two units of 8 cut-throats, one of 8 men with boarding pikes, one unit of 12 recruits with muskets, and one elite unit of 4. Plus heroic leader, henchman, a couple of drummers and a trumpeter.
The British had a unit of 8 marines (escorting Charles Vane), a unit of 8 light infantry, a unit of 8 sailors, 12 tribesmen with bows, and 3 grenadiers. Also heroic leader, captain, two sergeants and the local governor.
I made one rule modification to make missile fire a bit less lethal; saving rolls are d8 instead of d6, and a 7 will save you in the open. +1 to saves against bows.
Game played out really well; British initial looked like them migh get clean away but then the pirates managed to catch them and a huge brawl ensued, with characters leaping in, units falling back shaken, random events causing mayhem. Great fun. In the end the British force morale failed just before they reached the boats
The table at the start 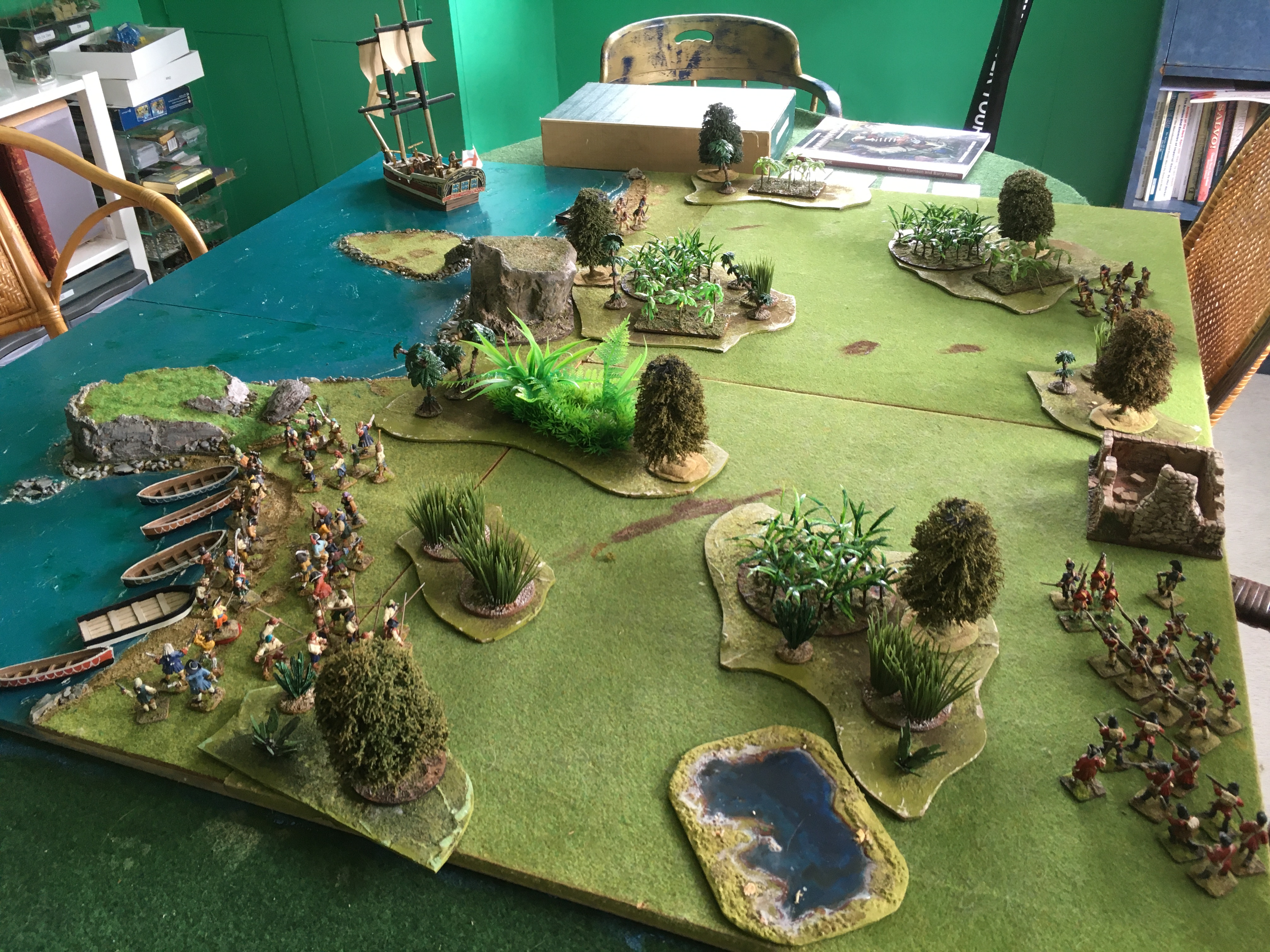 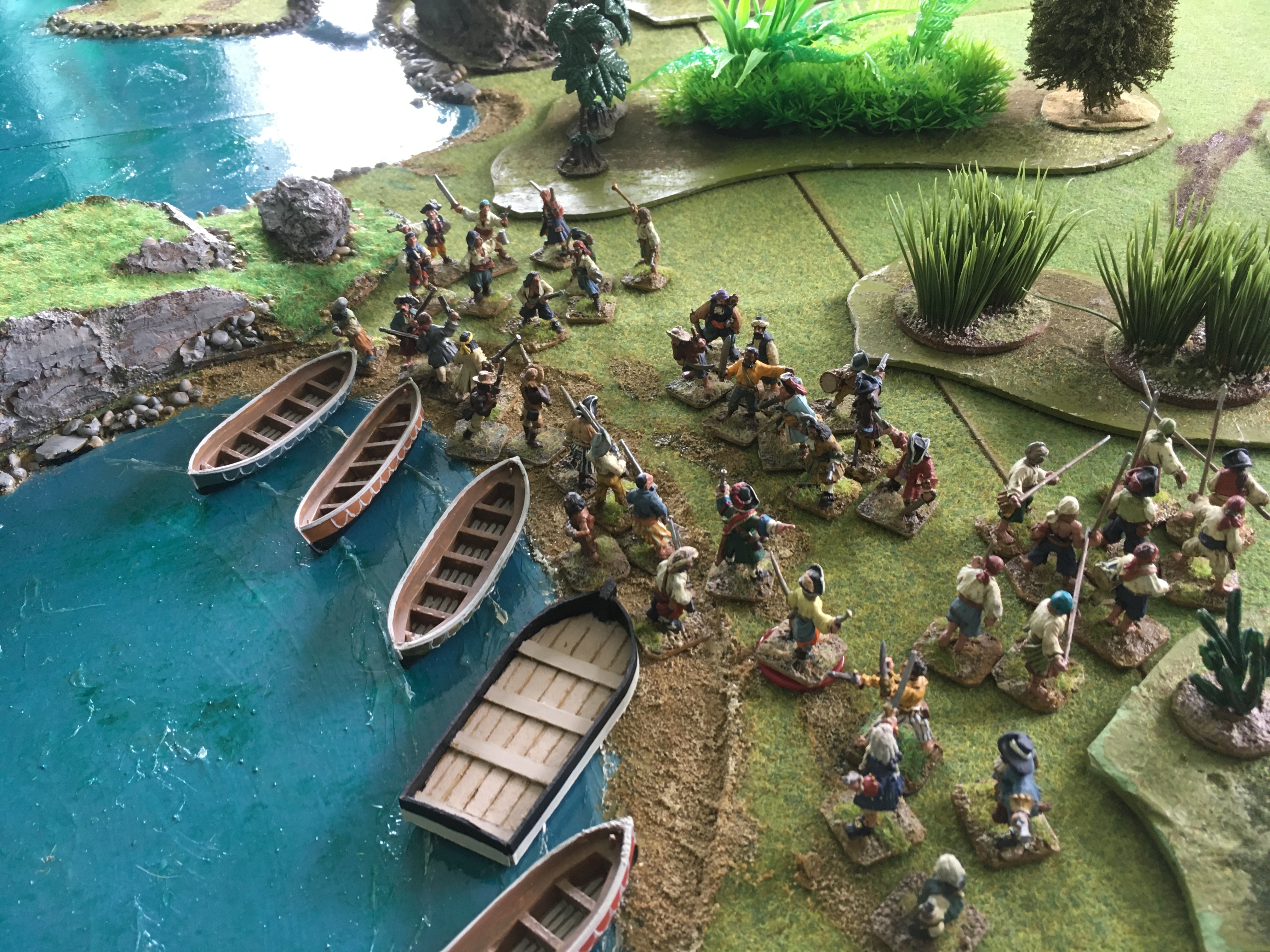 The sailors guarding the British boat 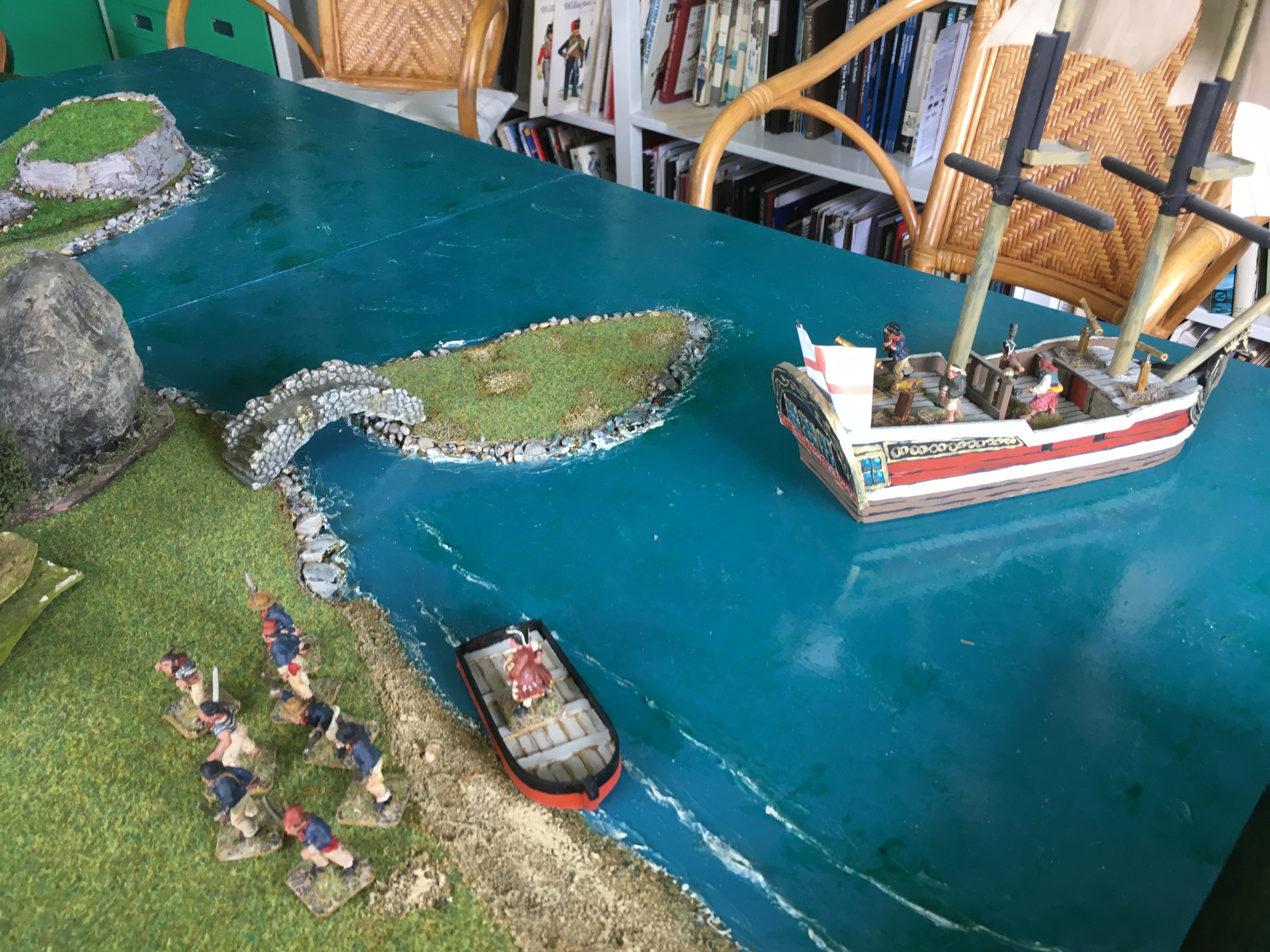 Re: A pirate rescue