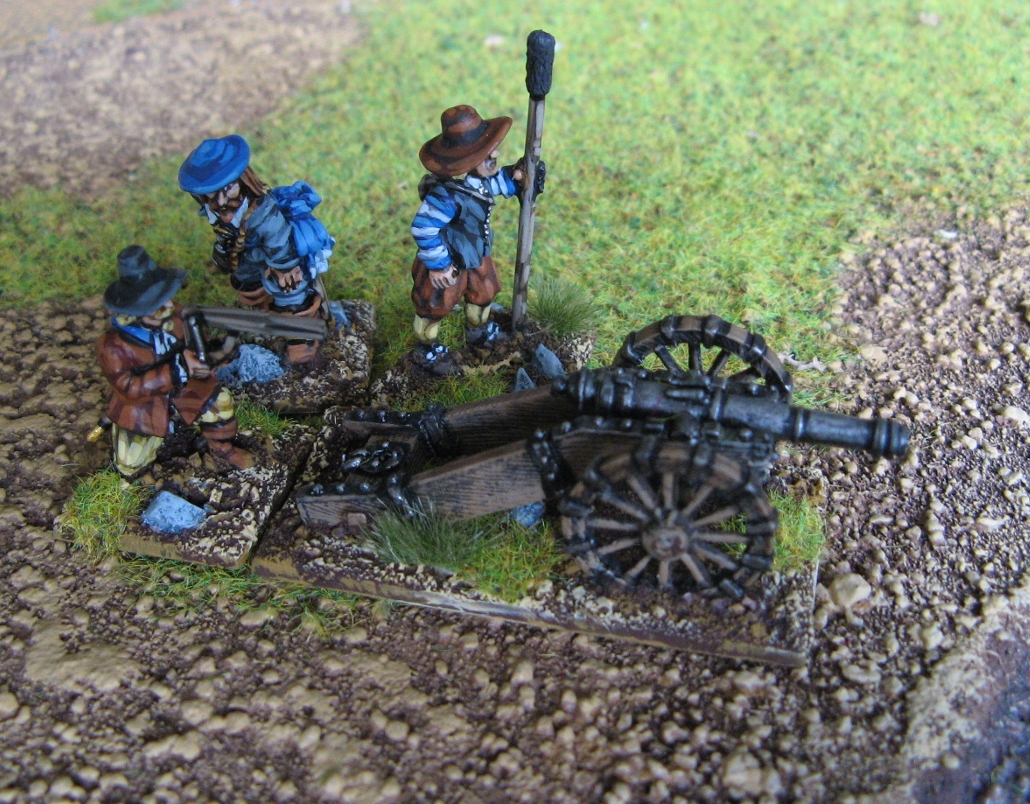 Historical background:
1634 AD somewhere in Germany. The thirty years war is raging. After the defeat of Nördlingen scattered parts of the swedish army are retreating, pursued by strong detachements of the Imperialists.

The Scenario:
In this small scenario a swedish gun crew is struggling to catch up with the remainder of their regiment and to save their regimental gun. Some imperial units spotted the swedes and attack to capture or destroy the gun.
As the swedish regiment commander is informed about the nearby enemy, he sends some pistoleer cavalry for the protection of the gun and its crew.

The gun crew defend their gun to the last man. They test not morale for whatever reason. If their activation card comes up, they can decide to shoot (and all the artillery rules in the Donnybrook rule book apply) OR they can tow the gun 3" in any direction (but preferably to their baseline). The gun is a small and light piece so no limber/un-limbering is needed. Two men are sufficient to move the cannon.
If there are casualities among the gun crew, the artillery captain or a dismounted trooper can be attached to move the cannon.

The imperial units on the table are only a small part of the pursuing imperial army and more are coming. So if any imperial unit is wiped out, their activation card stay in the card deck. If it comes up again, the same unit enter the field at any point on the imperial baseline and is immediately activated that it can move, shoot or charge. 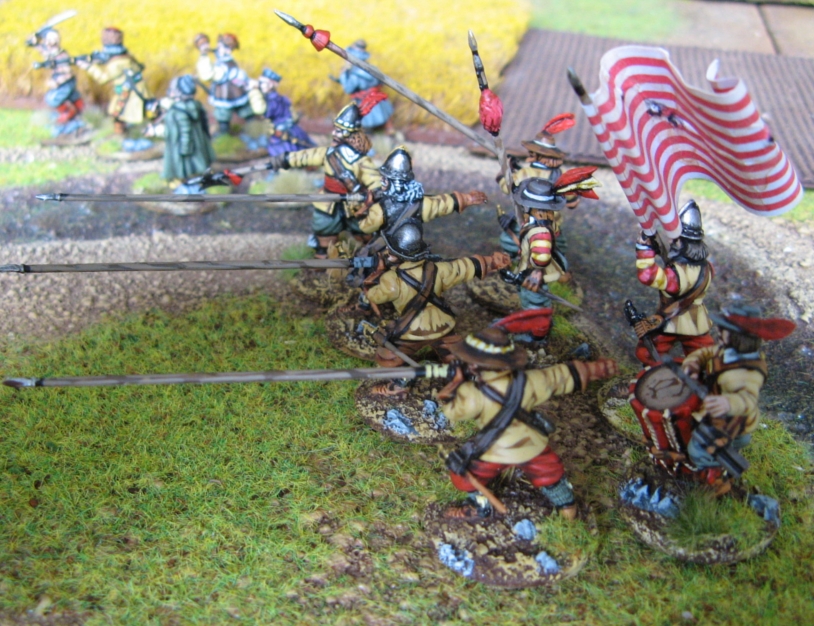 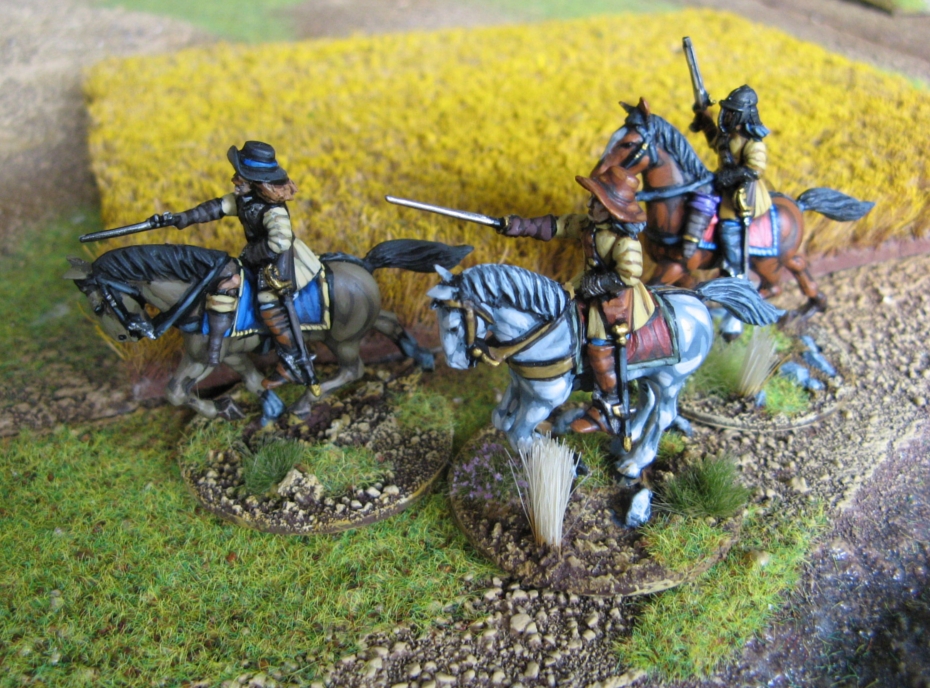 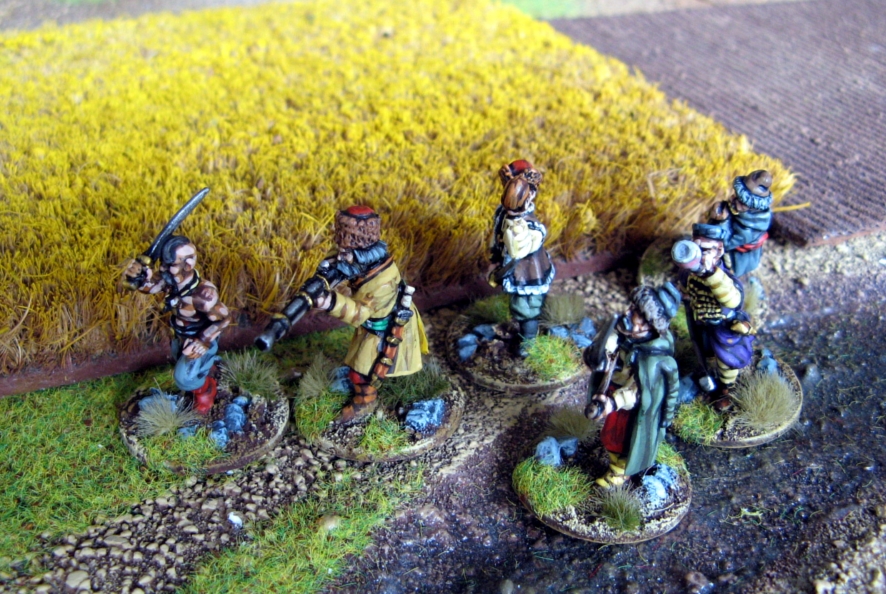 the croats of the imperial forces 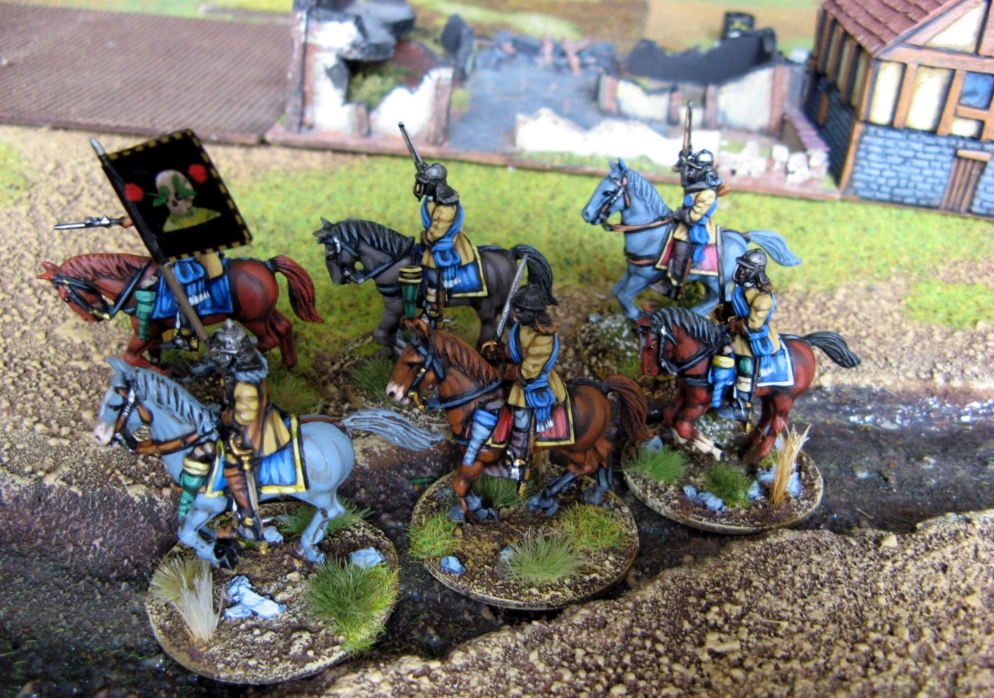 We played the scenario twice and it was always a close running thing. Please note, that without much difficulty the scenario and mission rules could be transfered into another war and period. 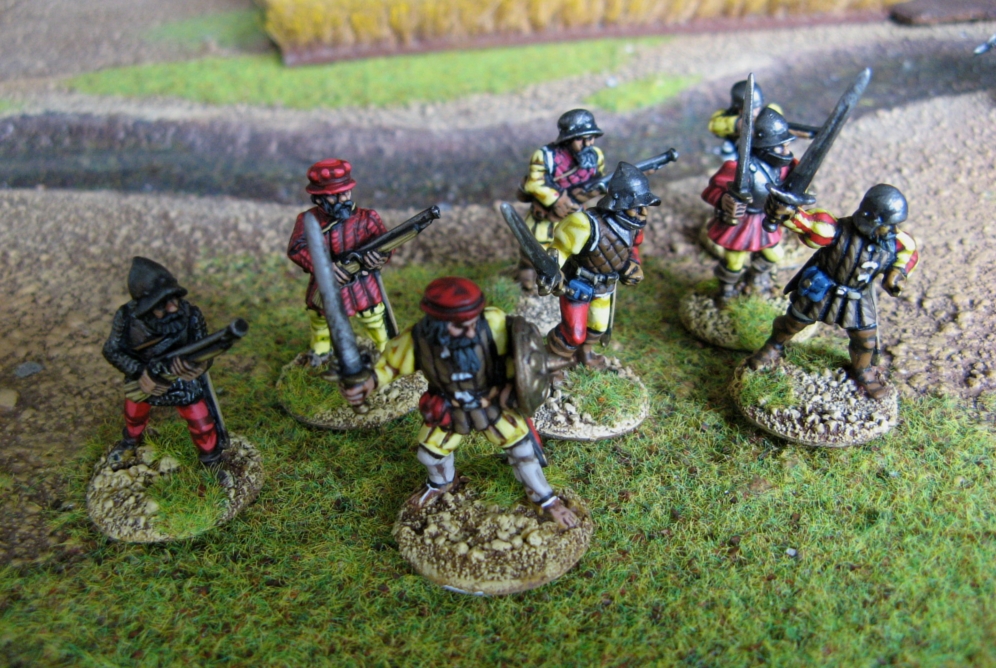 Great scenario idea! I find that simple small scenarios are most often the most enjoyable.

Great looking game and scenario. Reference your comment about the scenario in different periods, it made me thing of C.S. Forester's novel 'The Gun' set in the Napoleonic period in Spain. Could easily be done.

Thanks for the neat post; the figures are beautifully painted!