A section devoted to questions and answers for this period.
Post Reply
40 posts

Just looking for any information regarding strength of this regiment at the Boyne.

McNally gives it as 145 in the Osprey book, but I would have thought it would have been more.

Also any links to uniform details would be appreciated.

I have an interest in the Gardes te Paard (circa 1690's) as well and have been looking for some 28mm figures that would work. I could possibly do some conversion but not much. Any ideas? - Bob R
Top

I wonder is it possible that, one: the Gardes te Paard and the Gardes du Corps was simply mixed up, a Troop being smaller than a Regiment, I know in my case for a while I did not know they were two different units, or two: The Gardes te Paard only provided a detachment for William III in Ireland as his escort?

I believe the author of the Opsrey Boyne is/was a member of Fighting Talk.

Ray, I think you have the Gardes te Paard mixed up with the Gardes du Corps. GtP were the 'Horse Guards' I think they were in blue with drop sleeve coats and it has been suggested in several sources, buff coloured hats. The Gardes du Corps van zijn Majesteit(I think that is correct) were a Lifeguard unit dressed very similar to the English Lifeguards in red faced blue.
"If you think you can, or if you think you can't, you are probably right"

Another name that keeps appearing in relation to the GdP is that of Lord Portland, the regiment seems to have also been known as Portland's.

McNally lists this seperately to the GdP in the OOB with a strength of 357.

So still unsure of total strength of the regiment.

Thanks for the uniform details guys, seen the buff coloured hat thing Barry, was unsure if it was genuine or not.

portlands horse was the name of the gardes te paard while in the service of england from 1688-1698 the colonel was hans willen bentinck earl ofportland . he was colonel from 5th june 1674. i've also noticed that michael mcnally list's portlands horse as a seperate regiment and also warfare sell a standard for portlands horse , so i wonder if this indeed may be a different regiment
Top

This comes from an article in Wargames illustrated, and should help, sorry i can't remember which issue

Regarding Portland's Horse, as far as I've read they are indeed the Gardes te Paard. 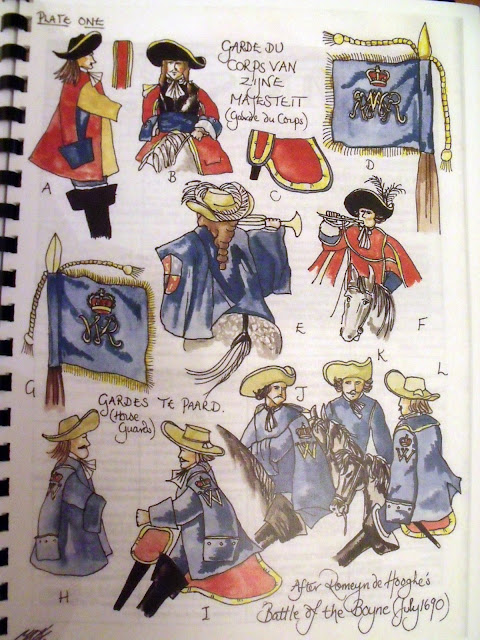 Ray, that page gives a very clear view of the uniform. I guess the beige coloured hats are correct according to these illustrations. - Bob R
Top

That's how I painted mine and you don't often get to paint a beige hat either!!! 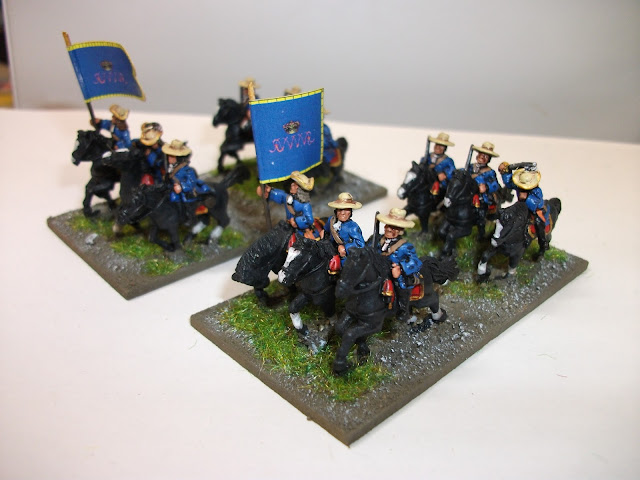 Thanks for that Ray, just what I was after.

Just need to know how many beige hats to paint now?

Bob, just before you rush into painting them... give me a day and I'll show you something which might spark your imagination for the Gard te Paard

barr7430 wrote:Bob, just before you rush into painting them... give me a day and I'll show you something which might spark your imagination for the Gard te Paard

OK as promised Warfare Miniatures Gard te Paard to be found at this link: