Decline of the apostle belt bandolier

A section devoted to questions and answers for this period.
Post Reply
3 posts • Page 1 of 1

Decline of the apostle belt bandolier

When did Austria and the German states stop using the bandolier of charges known as the "12 apostles" worn by musketeers?

I was reading Osprey's "Louis XIV's Army" and it mentioned that in 1683, the bandolier of charges (known as the 12 apostles) was abandoned by French matchlock musketeers and replaced by a gunpowder flask on a belt.

Sources on the British army I have found suggest that before William III they used the apostle-belt, and that it continued "to some extent" according to one book, during the Nine Years War. Images in Osprey's "The British Army 1660–1704" tends to show apostle belts before William III and not so much afterwards.
Top

Re: Decline of the apostle belt bandolier

I can't say what was common in the HRE but as Saxony was the most eastern Part of the Empire it might be at more or less the same time have been for the other Parts of the Empire.
For 1673 Saxony had its Infantry armed like this:
25 men of each Company(105 men) had Muskets and Flintlocks while the others had Matchlocks and Pikes.
The loading of the Muskets was done with Powder Horn and Ball Bag. The previously used Forks have been removed. 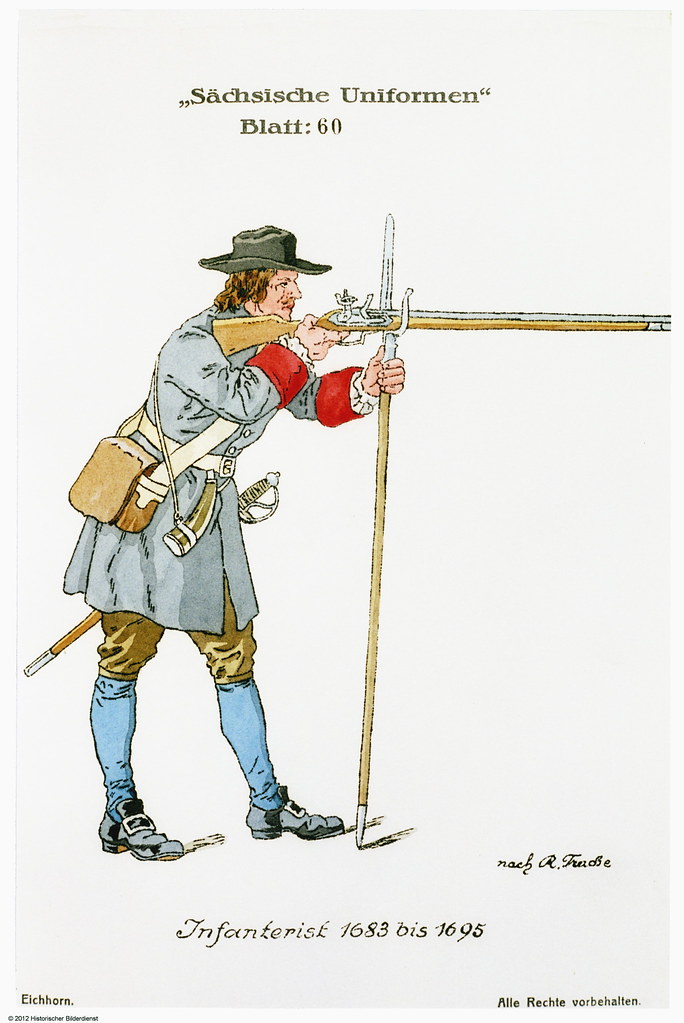 Re: Decline of the apostle belt bandolier